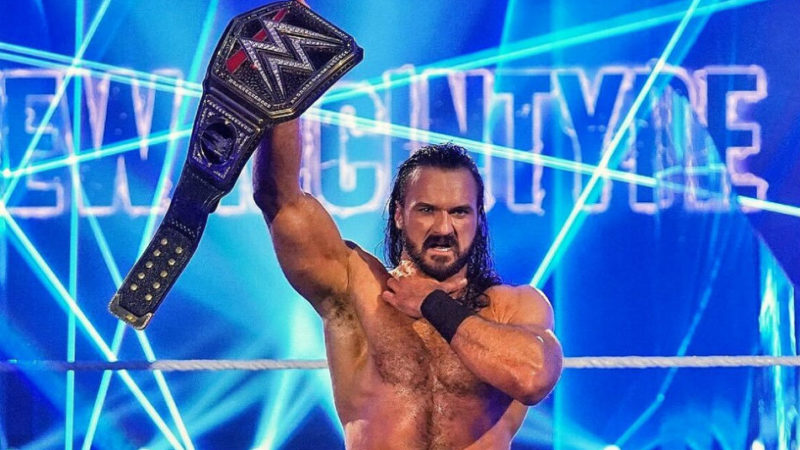 Drew McIntyre revealed that he’d like to have Sheamus’ retirement match in a new BT Sports interview. A Drew McIntyre ‘Heel Turn’ On Raw Pitch Has Been Revealed.

McIntyre was asked who he’d like to have his own final match with, and he named Pete Dunne or another upcoming star as a possibility, and mentioned wanting to retire Sheamus.

Drew told BT Sport on Instagram Live, “Oh, that’s a tough one. I’d say someone like I’ve got so much history with, like Sheamus. But he’s like five hundred years older than me, so he’s going to retire way before me! Maybe I’d like to have his last match. Maybe somebody younger, like an up and comer. Maybe somebody from the UK. Like a… Like a Pete Dunne or somebody. Somebody who’s young enough, somebody I could pass the torch to when the decade finally comes.”

Drew also discussed NXT stars he’d like to face at WrestleMania, “NXT is always so full of talent, it’s hard to single anybody out. You know, Adam Cole and I have had some matches in the past. Very few, actually. One particular one where Shawn Michaels was the referee. We always had such stellar matches and it’s an easy story to tell. And it’d be interesting because he’s a heel, he’s such a good heel. (Karrion) Kross has been getting my attention over the past year, he’s really been making some waves.

He’s a big guy, we could do some really cool stuff together. Gargano and I go way back. Ciampa and I go way back. A couple of guys I’ve had some great matches with, and it’s a cool story. Gargano and I, you know, on the independent scene, really had some significant matches… We have an interesting backstory which has never been touched upon, so that could be fun. Everyone is the answer, they’re all good!”