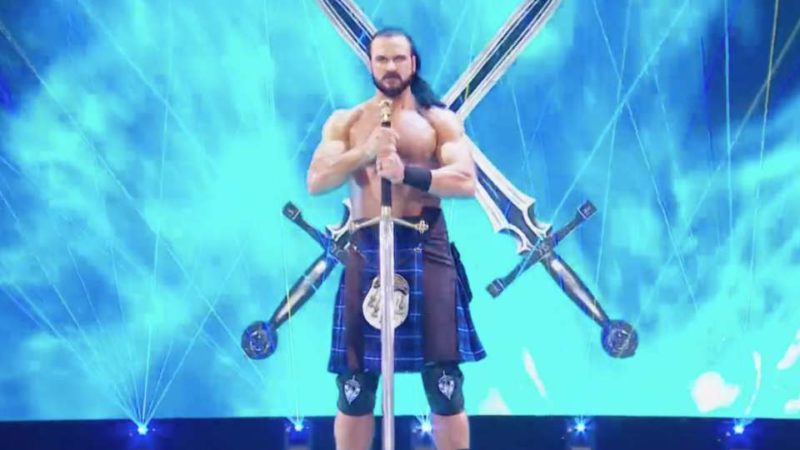 Drew McIntyre debuted a new theme and had a special entrance on this week’s episode of Monday Night RAW. He donned a blue kilt and had a huge sword that he put into the ground, resulting in a huge pyro display. It seems the sword was lent to him by someone unexpected.

Drew McIntyre spoke to Fox Sports, where he revealed that he was given the sword by Vince McMahon.

“Recently, we [Vince McMahon and I] had a conversation about it. I was just thinking about walking out with a kilt. But, obviously, he likes to take it a little bit further. Suddenly, we had the sword and the pyro, and he was very hands on with this.”

“I guess I’ll just let the cat out of the bag. The sword I had is actually Vince’s sword. It was gifted to him by Stephanie [McMahon] and Hunter [Triple H]. I did not know how it started but I believe the conversation went, ‘we need a sword and we don’t have one.’”

Vince McMahon has an assortment of interesting items which include a T-Rex skull in his office. It seems his collection certainly helped make McIntyre’s entrance all the more special, as he went on to win the WWE Championship on RAW.