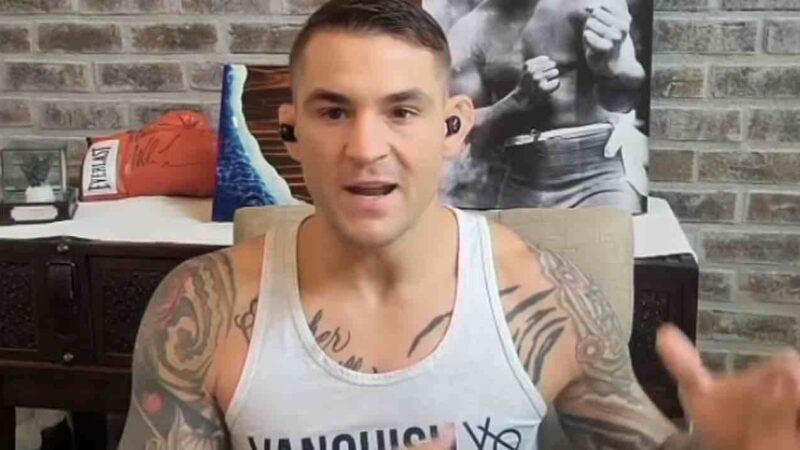 The UFC star Dustin Poirier is set have the trilogy fight against Conor McGregor at UFC 264.

It has been noted that Poirier has been assured a purse of $1 million for his trilogy fight against McGregor. This could potentially reach to $3 million depending on pay-per-view sales. WWE Firing More Names Today: ‘It’s Needed’

In his last clash against McGregor at UFC 257, he had made $1,070,000 which was approximately three times the amount he received for his previous fight.

Poirier was previously offered a chance for the UFC lightweight title after his second-round TKO victory over McGregor in the main event of UFC 257. However, he chose to fight McGregor for a third time over a title fight.

It is because that fight would not have generated huge revenues. Speaking, with Brett Okamoto of ESPN,  ‘The Diamond’ made it clear about his priorities, who are his wife and five-year-old kid.

He also said he’s making ‘5 to 7 times’ more money with McGregor than for a title fight. Poirier said:

“Hopefully you guys don’t spin it into that. You guys are asking questions, I’m giving answers. If I’m gonna make five, six, seven, ten times the money fighting Conor again. Like I said, I’m a husband and a father and I have priorities.”

The exciting fight is set to take place on July 10, 2021 at T-Mobile Arena in Paradise, Nevada.