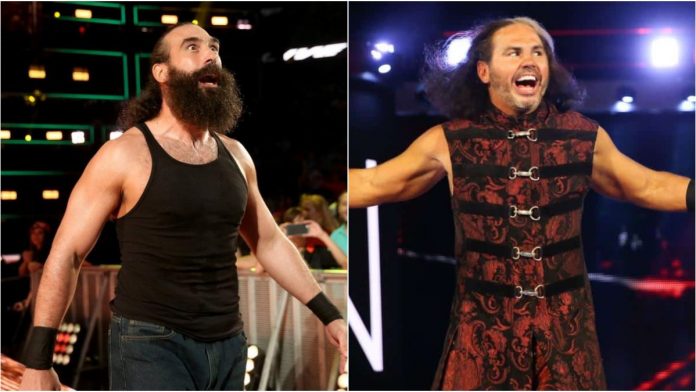 Dustin Rhodes has undergone a resurgence in his pro wrestling career after joining AEW. Now it seems more former WWE stars might sign with AEW.

Rhodes spoke to The New York Post, talked about Matt Hardy and Luke Harper. He discussed how valuable they would be for the company, as both are veterans in the business. They are both excellent in character work and can give great performances.

“I think they’d bring creativity. Harper, man, is incredible. I’ve worked with him many times with the Wyatt Family, me and Cody did, and he knows his stuff and he’s not a greenhorn in the business. He can help people. He can take them to new highs and he can get them there and at the same time get himself over in a company that will allow him to do so. Matt Hardy, if he comes in here, my God, he’s been through so many different variations on YouTube and things like that with WWE. He’s so creative in all the things that he does that when we do it with him, it’s gonna touch gold.”

Luke Harper will be known as Brodie Lee at any promotion he works in. It is possible he will be joining AEW in the future. Matt Hardy’s WWE contract expired on March 1st and it is unknown whether he will re-sign with the company or not.