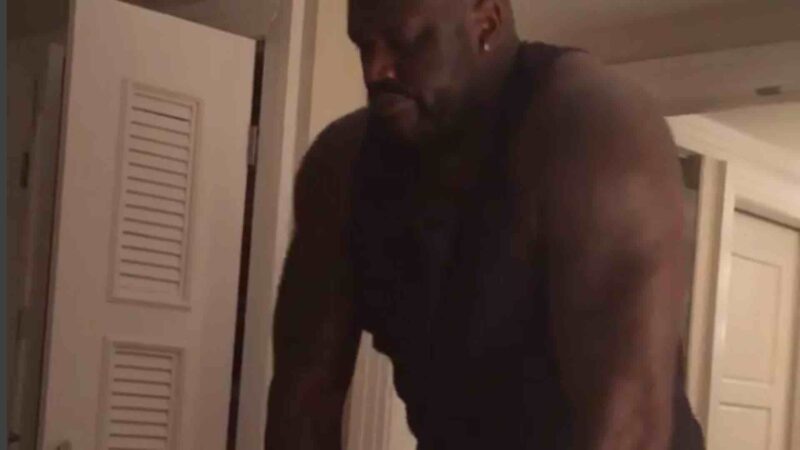 NBA legend Shaquille O’Neal has played for six franchises during his legendary NBA career that spanned 20 years. He is one of the greatest to step foot on the court. He has been blasting Dwight Howard, another former Lakers center, with criticism. Much of the criticism has centered around the fact that in O’Neal’s eyes, Howard has been a very good center but not a great or dominant one.

Dwight Howard opens up on Shaq

When the news about Howard’s performances broke, Shaquille O’Neal spoke about it, minimizing the value of the numbers.

“You should never be complimented for being a good fighter because that’s what you’re supposed to do. He’s supposed to have 30 points playing against a dude 5’8. Good job,” Shaq said. “This league reminds me of a Lifetime Fitness league every Saturday when I go workout on Saturday. Great job Dwight, I’m proud of you.”

Upon hearing Shaq’s words, Dwight Howard hosted an Instagram live video where he responded to the NBA legend directly.

“The world is too big to hate on another man. I’ve never in my life hated on you as a man, as a basketball player, anything like that. Have I joked about or mimicked your voice, have I mimicked what I see on TV? Everybody does that, comedians do that, people do that all the time, and I do that all the time but I do not hate on people,” Howard began.

Later on, Howard used an example of JaVale McGee, which O’Neal routinely made fun of during his program Shaqtin a Fool. McGee was named the MVP of the show, which highlights funny NBA episodes, multiple times throughout the years.