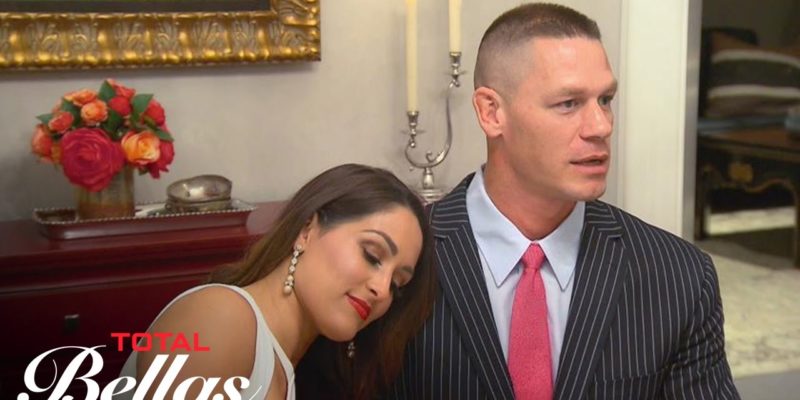 As uncomfortable as breakups can be, Nikki Bella and John Cena’s could be getting a bit more awkward. According to Dave Meltzer, E! is currently shooting the breakup scene between Cena and Nikki for the Total Bellas season finale.

The third season will begin on May 20th at 9 pm EST.

Cena and Nikki’s personal lives have been televised since Total Divas began back in 2013, highlighting the ups and downs of their relationship. The two were supposed to get married on May 5th, but their engagement ended when the duo made this announcement on April 15th:

After much contemplation and six years of being together, Nikki Bella and John Cena announced today their decision to separate as  a couple. While this decision was a difficult one, we continue to have a great deal of love and respect for one another. We ask that you respect our privacy during this time in our lives.

Interviews have been made with “insiders” who have stated that both Nikki and her sister Brie were upset with Cena, but Brie quickly put those rumors to rest, claiming that she loves Cena like a brother and wishes the best for him.