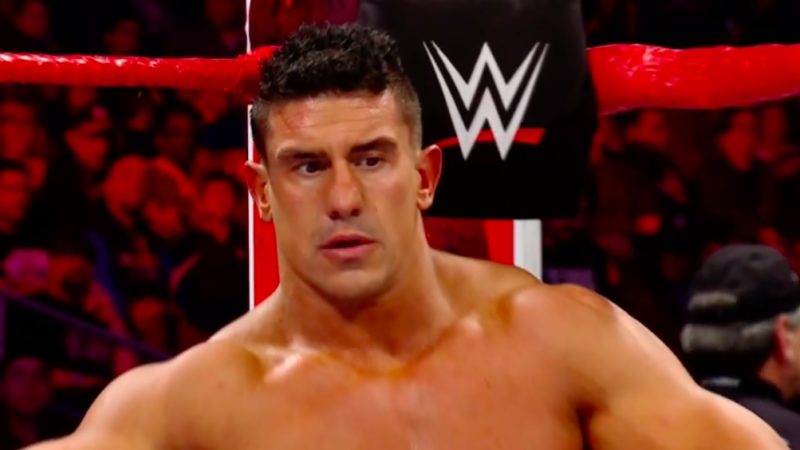 EC3 on Talk Is Jericho

Fresh off of his return to IMPACT Wrestling following his release from WWE, EC3 appears as the guest on the latest edition of Chris Jericho’s “Talk Is Jericho” podcast.

The pro wrestling veteran talks to “Le Champion” about his main roster call-up from NXT to WWE going wrong, being pushed as a mega-heel prior to his release from the company and more during his interview on the popular weekly podcast.

Featured below are some of the highlights from the new EC3 interview from Talk Is Jericho.

On how he filmed his main roster vignette from his apartment:

“The call up happened, which was interesting, because you wait for the call up your whole life and the most interesting part is the vignette, right? They kind of haphazardly put all these vignettes together and my literal vignette to be called up to the biggest wrestling company in the world was filmed by my roommate in my apartment in Orlando. A nice apartment, don’t get me wrong, it’s pretty cool. I walk in, not in a suit, but looking nice. They’re taking away the suit aspect in this Top 1%. We film the vignette in my apartment and it airs for like six weeks but we’d never hear anything about anything. Royal Rumble comes, I thought, ‘I’ll be number three, get a good pop, be off to a good start.’ Nope. I think it was the week after, I’m working with Moxley.”

On how his feud against Dean Ambrose (Jon Moxley) went bad because Ambrose got cheered:

“We got to the live events, I’m working babyface and he’s working heel, and he’s getting great reactions because he should,” recalled EC3. “He sacrificed for years for the company, he told the company ‘F You’ and people love that. For seven years, this guy puts his body and soul on the line, the people are going to love and respect him. I’m just a jacked-up dude in trunks who has no character or development. We’re working these matches, he’s getting cheered, but it’s working though. It’s my wheelhouse because if I can be pushed as the mega Five Moves of Doom babyface that can’t be beat, but I’m obviously liked for certain reasons and people are turning against it, like Cena-ish, then I’m made. That was my pitch, ‘Push me as a babyface, but I’m a heel.'”

Listen to the complete episode of Talk Is Jericho featuring Chris Jericho’s new interview with EC3 below, or by visiting Megaphone.fm.