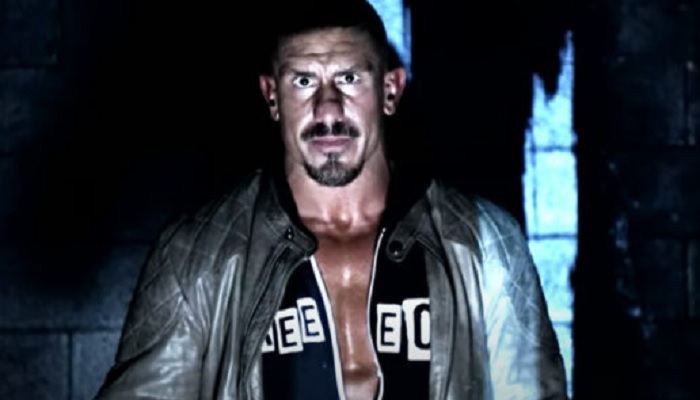 EC3 talks about patterning his persona off of Sting

As noted, EC3 recently sat down for a one-on-one video interview with Sean Ross Sapp of Fightful, where the pro wrestling veteran spoke about a number of current topics.

During the discussion, EC3 touched on such subjects as his relationship with Drake Maverick, how he modeled part of his persona from the iconic 1997 version of the Sting character in WCW, Daniel Bryan and Brie Bella and more.

Featured below are some of the highlights, as well as the complete video archive of the EC3 interview with Fightful.

On his hopes that Brie Bella and Daniel Bryan are happy:

“Oh, Brie. I’m so happy for her and Bryan’s success and family. I just hope they’re eternally happily forever after together. True love resonates with me. It’s so nice to see. I may never find it. But, the fact they have it, I respect that and I encourage it. Congratulations, you two, on your lovely, lovely family and your lovely family together. And I hope you’re happy.”

On how he modeled part of his persona from the 1997 Sting character:

“I beat Sting, right? I should definitely be in a Hall of Fame based on that somewhere. Those are record setting wins themselves. Sting’s awesome. I grew up watching him. Rarely is the chance you get to meet your idols, let alone work with your idols. I had that opportunity even if what we did was brief on-screen. What he did with me, talking to me in the back will always stick with me and was very encouraging and positive. I’m glad to see him. It’s cool he can show up and then I kind of modeled the EC3 that we see today after ’97 Sting in a way that, ‘Hey, I don’t need to wrestle for a year. I can just show up with a baseball bat and say wild stuff and get into brawls, and that’s cool, too.’ But, no, there’s that ambiguity and change in somebody. I kind of modeled, like ‘Surfer’ Sting to ‘Crow’ Sting, what a drastic change in a personality and I definitely wanted to model what I did after going so far this way to going so far that way.”

“Ah, Drake. Sweet little spud. He is my best friend within the industry. I don’t know if you know that. What can I say about him that I haven’t said a million times? Love him like a brother ‘cause he is a brother. Very happy that he’s found happiness and he’s doing a lot of things in his real life I’m real encouraged by and proud of him for. He’s also totally rededicated himself in this physical manifestation kind of thing that I, myself, have been the forefront of in wrestling. That’s getting sickly, lean and jacked in the right way. He’s, no matter, what, he’s there for you as a friend and a colleague. There’s great character within him.”

Check out the complete EC3 interview online via the YouTube video below, or by visiting Fightful.com.