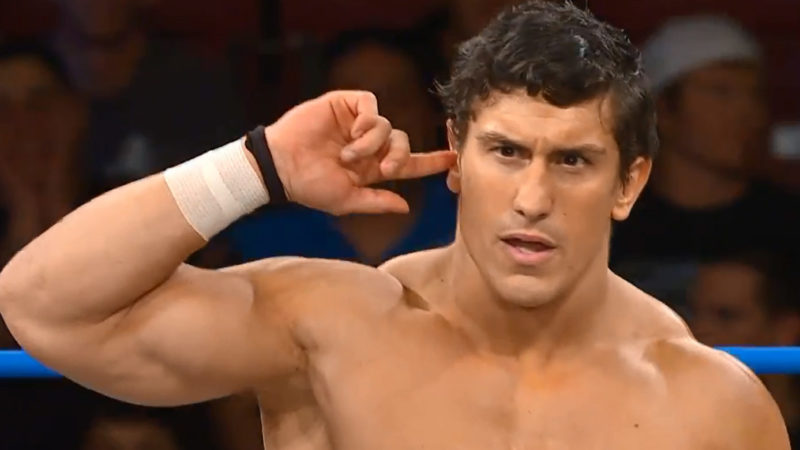 Former TNA World Champion EC3 was on Ring Rust Radio recently and talked about various topics. Here are the highlights.

On the TNA locker room and Impact Wrestling airing on Pop TV: I think the talent’s been there and the creative has been on point. A lot of the guys that are getting the chance now that might not have before are either new, or I don’t want to say weren’t getting it before, but weren’t embracing the opportunity they had. No one is bigger than the business or bigger than the company. We are all gears in the machine and these guys wanted to be gears so bad that when they got put in the machine, they have been knocking it out. The locker room as it stands right now, the morale is high, everyone is in it together, it’s a team atmosphere and we are very proud of what we are doing. I think that shows in the product. Right now there are no bad eggs per say, no downers, and no frowny faces. Everyone is very excited to go to work and achieve something.

The way numbers are I don’t really know. That’s not something I focus on because I think the second that we make that a primary focus is the second we start losing focus on what we’re doing really well. What I think we are doing great is continuity, character development and stories that are logical and make sense. We are progressing beyond the typical “boo a guy” and “cheer a guy” because they are bad or good. Characters have motivations and reasons for what they do and the talent has the opportunity to embrace that character and make it their own and run with it. I think that’s what we’re doing really well and that’s what we need to continue to focus on. To get better we cannot rest on a laurels or success. We can’t think that people are saying the shows really good now so we can stop. No we can’t. We have to work harder and we have to do better to continue improvement and continue to focus. All rolls up into a nice little package and were off to the races with a pretty good wrestling show, so rock ‘n roll with that.

On Daniel Bryan’s retirement: Daniel Bryan the man is one of the best dudes ever. He is the best dude, I don’t know how to describe it. He is the most well-respected wrestler and just the best dude. Can I say best dude again because I will, he is the best dude. It’s very unfortunate to lose a guy especially because we don’t even know if he hit prime with how good he was. Concussions are scary and dangerous, this business is dangerous, and we lost one of our best, if not the best. It’s very sad, but I am very happy because I know that guy will succeed no matter what he does. Hope for him to have a great future which I know he will, and he’s got a hot wife so what can really go wrong? I’ll miss him dearly, but I mean what a legacy he left. A trendsetter who broke down the doors to so many different things; a model of inspiration to anyone who loves wrestling or wanted to be a pro wrestler. Bless him and Godspeed DB.