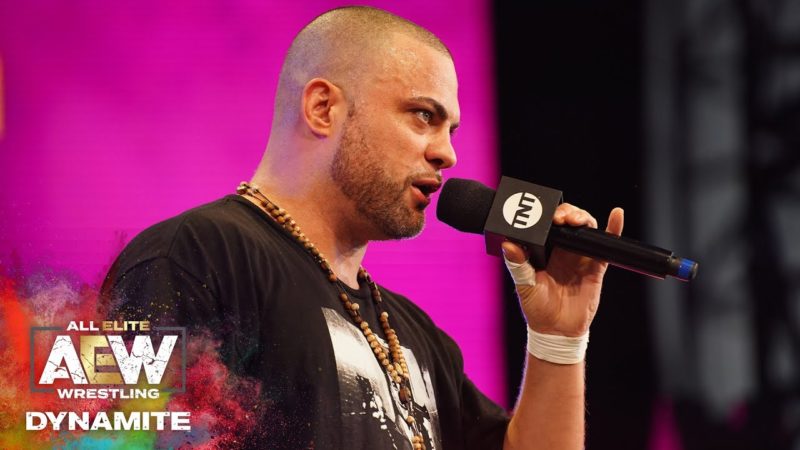 Eddie Kingston debuted in AEW back in July of last year. He squared off against Cody Rhodes for the TNT Championship in a losing effort. Kingston went on to sign with AEW, but he was also offered a contract by WWE prior to that.

Kingston spoke to Renee Paquette on her Oral Sessions podcast, where he revealed the main reason why he decided to sign with AEW instead of WWE. He noted that his mother was the deciding factor in the end. His mother told Kingston that he would be unhappy in WWE.

“Well, actually, I talked to Christopher Daniels. They offered me the deal and then I listened to the other side, I guess we call them. I was just weighing options. Then my mother goes, ‘You won’t be happy over there. Trust me’.”

Paquette then asked Kingston why his mother thought that to which Kingston replied his mother knows him better than anyone else ever would. He then explained how there is a lot more heart in AEW and he gets to work with people who love pro wrestling as much as he does.

“Who knows me better than my mother? Bottom line with the whole thing is, I know more people at AEW. I know there’s a lot more heart there. I think for her, that’s what she thought she was like, I’m gonna be with people who love it just as much as I do.”