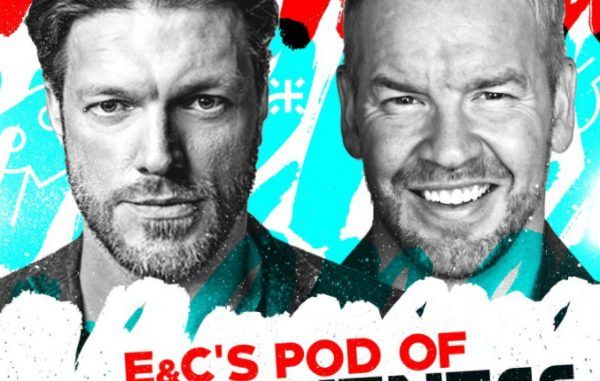 Edge and Christian turned one of their latest episodes of the E&C Pod of Awesomeness into a Q&A, answering questions from their fans. One of the questions brought up the idea of an offseason for WWE superstars.

The idea has been brought up a few times in the past. With the notoriously rough schedule that WWE superstars work, working multiple days each week throughout the year, a month or two off wouldn’t be the worst thing in the world regarding their health.

However, Edge and Christian both feel that it’s not exactly a possibility in the world of the WWE.

Christian: I feel like you can’t do that. I mean, you can’t just stop WWE. It’s an entertainment company. It puts on a live show every week and prides itself for being out there and working. I mean, yeah…I believe the wrestlers could benefit from the time off, but it’s something that has to be…and it’s hard when you have top guys that are in big angles where you rely on them to draw houses and be the main event of shows and PPVs and doing press…with all the job entails.

Edge: I mean, there’s just so many different things that go through it. Yeah, it sounds great on paper and all of those things, but you have TV contracts. There’s so many different layers to this thing that the regular person doesn’t think of that factor into that decision.

It’s not as easy as that and it’s a completely different beast altogether. Comparing it to any sporting league or band that has an album cycle, it’s just different than that. I don’t know what kind of answer would be suitable for the question to be perfectly honest, but I know that there’s a lot more things to be thought of even though it sounds great on paper.

What do you think? Could the WWE benefit from some sort of offseason? If not, what could the WWE do to ease up the schedule a bit? Let us know below.