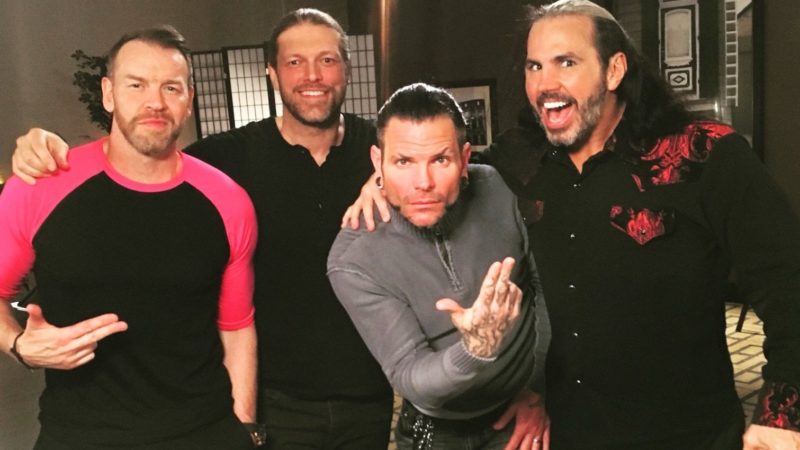 In a recent interview with Peter Rosenberg, the ‘Rated-R Superstar‘ Edge spoke about his past personal feud with Matt Hardy in 2005. The friction between the pair stemmed from Edge having an affair with Amy ‘Lita’ Dumas, who at the time was dating Hardy. On learning about the situation, Hardy broke kayfabe and revealed the affair to the public, causing a backlash against Edge and Lita. For his behaviour, Hardy was released by WWE but subsequently re-hired months later, where the real-life situation was turned into a storyline. The trio had reportedly settled their differences prior to that coming into effect.

Talking about his relationship with The Hardy Boyz specifically, Edge mentioned that while they were not travel buddies before the incident, they were still close friends:

“Edge and Christian and the Hardys were great buddies, and we would go to Outback after and grab bite to eat and spitball ideas for matches and all those things. We didn’t ride together, it was never that, it was always me and Jay, or me and Lance, but we were obviously close because we made our mark together, so when you do that, you share something that you only share with them and you throw the Dudleys into that mix and we will always share that experience together. After everything went down, I realized, OK, oh gosh, how did I find myself here, what did I do? Now you gotta face up to it.”

Following the incident, Edge spoke about a ‘cold period’ between himself and Jeff Hardy, who understandably sided with his brother:

“We went through a period, as I think any brother who would support his brother, but then we came out of it on the backside, and I think when we all realized we ended up in better places anyway, and we all grew from it, it was just a lousy way to do it, but that’s all you can do, that’s life.”