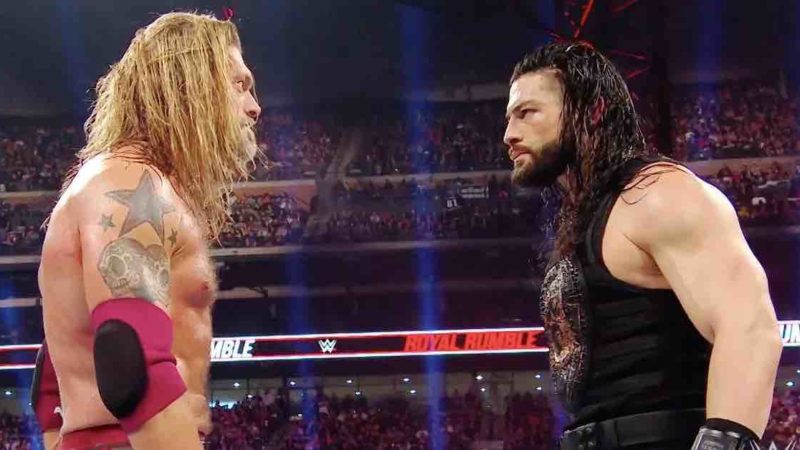 Edge may just give up wrestling for the WWE title or Universal Title after Elimination Chamber and actually go ahead with challenging Finn Balor for the NXT title at WrestleMania, Mark Henry claimed on Busted Open Radio this weekend.

“But it could be just lip service. It could be just smoke and mirrors and mind games. He could very easily go to NXT and say that it would be Roman Reigns who I chose, but I chose you Finn. You have something I never had before.”

Edge discussed potentially facing Balor with Sports Illustrated, “You need to start with Finn Balor. He’s operating on an entirely different level in the ring right now than I’ve ever seen him perform. I love what he’s doing. With Finn, the story would be two guys who have wrestled all over the world, but never been in the same place at the same time. That’s very appealing to me.

“And Drew, he’s taken such a rocky road to get where he is, but he fought through everything to get here. A character like Edge would really respect Drew, so that type of match would be a different story and emotion, one based on mutual respect and who is the better man.”

He added, “Roman has really found his groove. This is the guy I always knew he was. The handcuffs have been taken off, he’s being allowed to let this side out. Now you can see it and you can feel it. Knowing the kind of story we could create, I salivate over that. So look all those three options. I’m in a position where I feel like I can’t go wrong.”