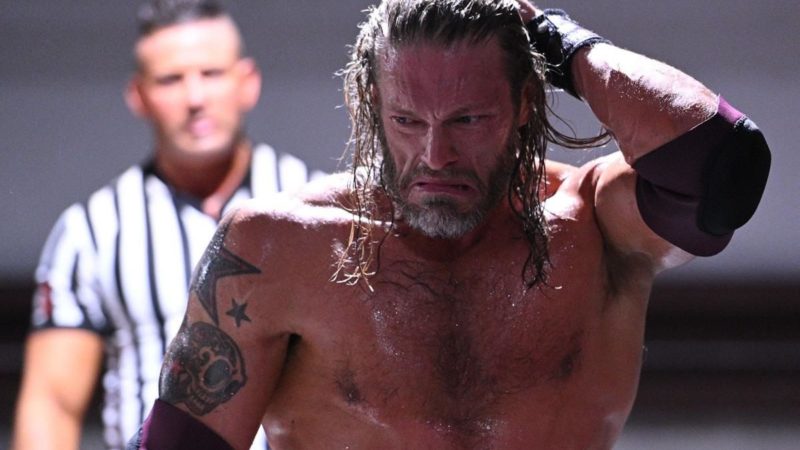 WWE Hall Of Famer Edge is without a shadow of a doubt one of the best heels to have ever stepped foot inside a WWE ring. His feuds against the likes of The Undertaker, John Cena and others truly cemented himself as a dastardly and hateful heel. The Rated R Superstars also reacted to a bad piece of news about WWE Superstar Charlotte Flair.

On January 8, 2006, Edge cashed in his Money in the Bank contract on John Cena at New Year’s Revolution and won the WWE Championship. Unfortunately for him, the leader of Cenation would regain his WWE Championship three short weeks later at the Royal Rumble event as Cena made Edge submit in the ring.

The latest episode of the WWE Untold centred around Edge’s WrestleMania 22 win over Mick Foley. During the episode, Edge revealed he was really angry about losing the WWE Championship to John Cena.

“That [losing to John Cena] made me mad because I felt like I was doing everything I could on my end and I was very motivated, and then in talking to Mick Foley I realized that he was just as motivated to get that moment and to help me, to help me solidify myself as a main-event player here, to help me change the perception in the fans’ eyes.”

One was motivated by a quest to be recognized. The other by a need for redemption.