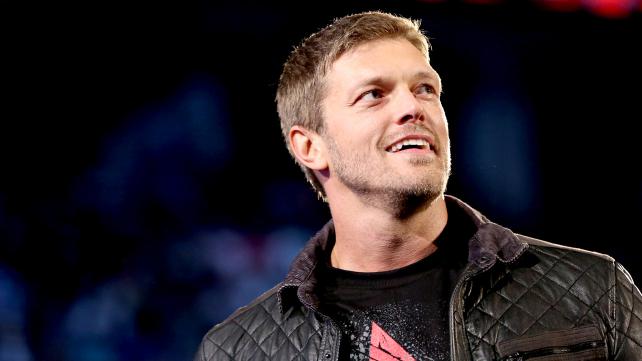 The Rated-R Superstar is currently sidelined, recovering from a torn triceps injury. Sadly, it also seemed to stall the rivalry between Edge and Randy Orton.

It’ll be quite a while before we see the finale to that feud. Once it’s done, however, who will Edge face next? On ESPN’s Cheap Heat with Peter Rosenberg, he ran down a shortlist of WWE Superstars he wants to share a ring with.

“Yeah, there’s Seth Rollins. That’s a gimme. There’s AJ Styles. A guy like Cesaro, a guy like Shinsuke, Matt Riddle. I look at a guy like Ricochet, oh my God. I’d die to get in the ring with him.”

Edge’s timetable for recovery is between four and eight months. Hopefully, by then, the Monday Night Messiah has been freed up. Seth Rollins and Edge is a pretty easy story to tell, especially with their history.

Edge also spoke to Rosenberg about the length of his matches compared to the likes of Brock Lesnar and Goldberg.

Who would you like to see Edge face when he returns? Let us know in the comments below.