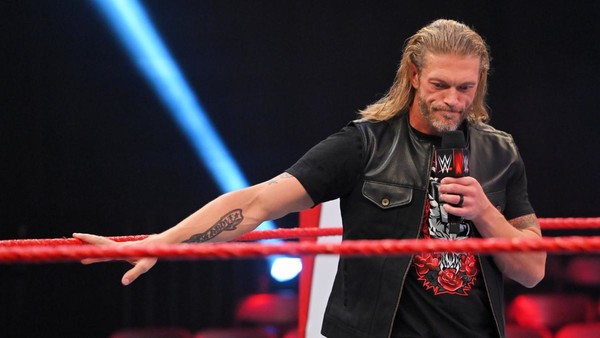 It’s been a little over a month since Edge was placed on the shelf. Following “The Greatest Wrestling Match Ever” at Backlash, the Rated-R Superstar had to undergo triceps surgery.

Edge recently appeared on The Bump to give a brief update regarding his recovery.

“So I can almost straighten it now.”

Brief indeed, but it does give us an idea of how far along Edge is on his recovery. He’s still got his eyes on the Viper, as his series with Randy Orton is currently tied at 1-1. By the time that he’s back, Orton could be WWE Champion again, that is if everything goes according to plans at SummerSlam.