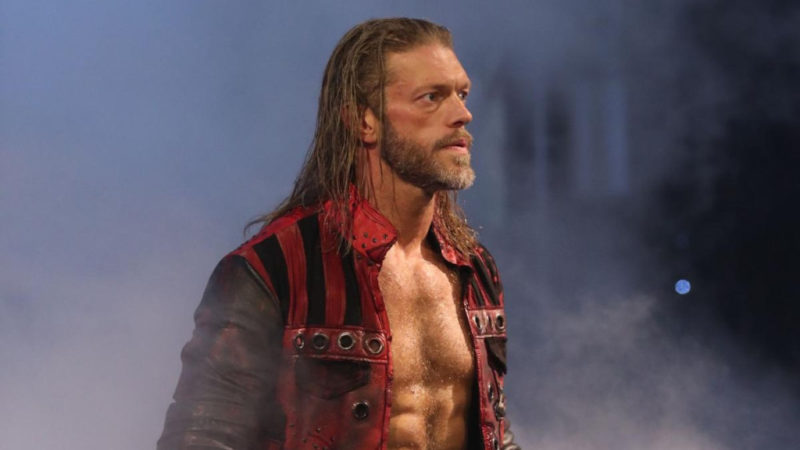 WWE Hall Of Famer Edge and Christian have been best friends for almost their entire lives, having started the pro wrestling business together. The two sometimes became very serious and competitive when it comes to their games.

While making an appearance on the Steve Dangle Podcast, Edge was asked if he plays wrestling video games at all, and if he does, whether he plays as himself or not. Edge revealed he isn’t a huge gamer but the times he does play, it is usually NHLPA Hockey ’93 or Super Mario Bros. 3.

He then went into details about being in college and living with Chrisitan, detailing the one instance they were in a legit fistfight, which was over a game of NHL ’94.

“Well, I’m not much of a video game guy. My video gamedom is like Sega Genesis NHL ’93 and ’94. That’s my pocket. I’m gonna play Super Mario 3 if I’m going to play something. I’m gonna play NHL ’94 if I’m going to play something. I would always take the Nordiques because, Christian and I, so we lived [at] 10 Hepworth Drive in Etobicoke, and there was five of us in this little townhouse, there was a semi, and just these five dudes and our big party weekend was we would have NHL ’94 tournaments. Now, Jay, Christian, is a horrible winner. He’s probably a worse winner than he is a loser, which is saying something because he’s a horrible loser, too. If he won, you wouldn’t hear the end of it, like, ever. So I just took the Nordiques because they had [Joe] Sakic and I knew I had a chance to beat him if I was playing with the Nordiques. That was actually the only time him and I have gotten in a fistfight was over NHL ’94 while we were going to college. So we were old enough that we should not be fist fighting over a video game, but we did, and I just remember we had this little tiny billiards table and we got up and we like flipped over it. Crashed the table, just yeah, that’s how serious it got.”

Edge then described how the fistfight continued.

Middle of winter. He’s pissed. He’s so mad. I’m so mad. He leaves the house and is walking. Like doesn’t grab a coat or anything, he’s just walking in the middle of winter. He’s walking up to the park, I guess, around the corner. So I hop in my ’87 Volkswagen Jetta Diesel and I’m put-put-putting along, and I roll down the window and I’m like, ‘c’mon man, get in the car.’ [He replies] ‘No, I’m not getting in the car.’ It was straight out of an 80’s Molly Ringwald movie. I just said ‘get in the car, okay, just get in the stupid car. We’re now acting like a couple that’s breaking up over a video game and were in college and were technically grown men, so maybe we should just cut it and get in.’ [He replies] ‘Fine, fine.’ So, that was us [laughs].”