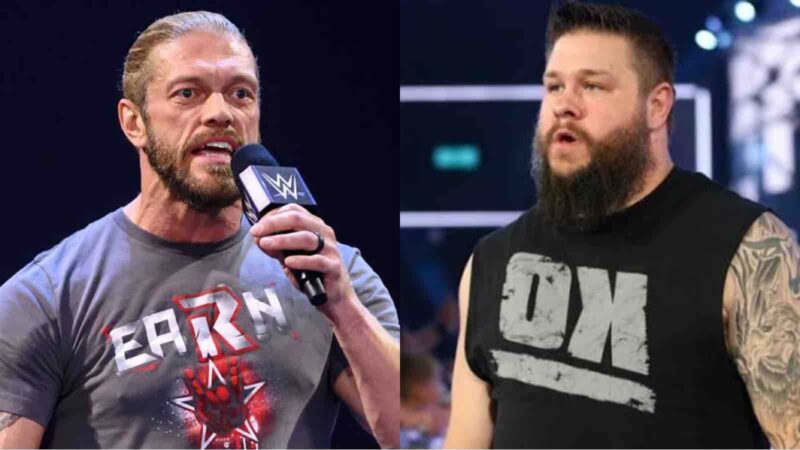 Edge and Kevin Owens were removed from WWE Raw last night, despite being involved in top angles. Edge is part of the mysterious promos airing, while Owens is feuding with Ezekial.

He also faced off against Big Show numerous times in the WWE during the Attitude Era. While speaking on The Wrestling Classic’s “Casual Conversations, Paul Wight recalled how he and Steve Austin faced each other during a 10-day tour of the UK and was once very angry during a match. Austin had balked at losing to Big Show.

“He would kick the sh*t out of me for about 3 or 4 minutes, beat me, and pour beer on my head.

Vince, these people paid a lot of money to see Stone Cold Steve Austin drink a few beers and hit a few stunners, not do a job to the freaking Big Show,” was Stone Cold’s response to being told he was losing the match, according to Paul Wight. After Austin had talked with McMahon, Wight said McMahon agreed with Austin and said Wight needed to be more aggressive.

When the two got to the match, Wight accidentally pulled Austin’s shorts a little too far up for comfort, and in retaliation, Austin hit Wight square on the chin with three shoot punches. Wight said he lost it, nearly threw Austin over the top rope, and had a few choice words for him. Austin then congratulated the big man for getting fired up.

“So as he’s covering me, he’s telling me to kick out.” Wight said that he told the former Big Show to kick out once Austin hit the Stone Cold Stunner. Wight said he was scared to kick out of the signature move for fear of being fired. “You’ve heard the horror stories of the older dudes; this guy is gonna get me fired.” He said this repeated six more times and that Wight was hit with seven stunners, each getting louder and louder.