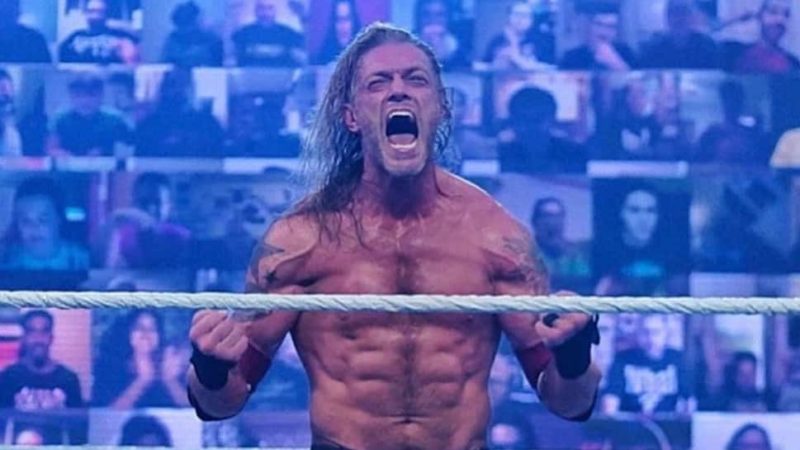 We haven’t seen Edge on SmackDown since WrestleMania. Everyone – including Edge, have been very tight lipped on if he’s even still on the SmackDown roster of if he’s jumping the shark and going to be a mainstay on Raw instead. During tonight’s throwback themed episode of WWE SmackDown, we got our answer…Brock Lesnar Major WWE Backlash Rumor Leaks.

On the most recent episode of SmackDown, we were in nostalgia Heaven as we saw many throwback goodies from a classic WWE logo, to Michael Cole in a denim shirt, to a throwback opening featuring all the new talent, and much more.

In the opening SmackDown video for the show, the classic “Rise Up” theme was used. Many will remember this gritty banger from 2006 when the roster featured such legends as Undertaker, Rey Mysterio, Charlie Hass, Booker T, Eddie Guerreo, and for the sake of brevity, I’ll stop there.

The opening video was edited to the same tune, but the video featured the current roster of Bayley, Sasha Banks, Bianca Belair, Rey Mysterio, and Edge.

That’s right. The opening video which was made and edited by WWE themselves features Edge. You could say we have our answer to if Edge is still on the blue brand. We got it straight from the horse’s mouth.

Hopefully, we will see Edge back in action shortly.