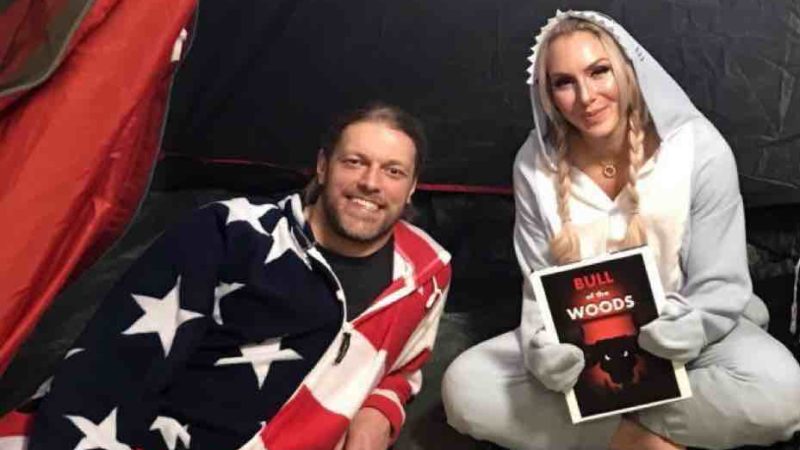 WWE Hall Of Famer Edge won this year’s Royal Rumble match and earned the right to face a champion of his choosing in the main event of WrestleMania. He ultimately chose WWE Universal Champion Roman Reigns and then Daniel Bryan was inserted into the mix, making it a triple threat match at WrestleMania 37. Drew McIntyre was also disappointed by Edge at WrestleMania.

Last year’s WrestleMania featured no live crowd due to the COVID-19 pandemic completely derailing all existing plans for the company, forcing them to have WrestleMania 36 take place in the WWE Performance Center.

WWE Hall Of Famer Edge recently spoke on the Sports Illustrated Media Podcast with Jimmy Traina, where the Rated R Superstar was asked for his opinion on the circumstances surrounding WrestleMania 36. He revealed that he felt sad about Drew McIntyre, Charlotte Flair, and Rhea Ripley competing at last year’s WrestleMania event without a live crowd to see them.

“If I look at it from (the standpoint of) the roster, I feel more for a guy like Drew McIntyre, who finally gets to the pinnacle of this thing that he works so hard to get to, and there’s nobody there for it.

So I feel more for a guy like that because I’ve had plenty of those moments, you know. And I can focus on the positives. But those were the guys and girls who I felt for. Rhea Ripley, who’s in her first WrestleMania and she’s wrestling Charlotte and there’s nobody there… They’ve got loads more in front of them, which is amazing, but that had to have been tough.”