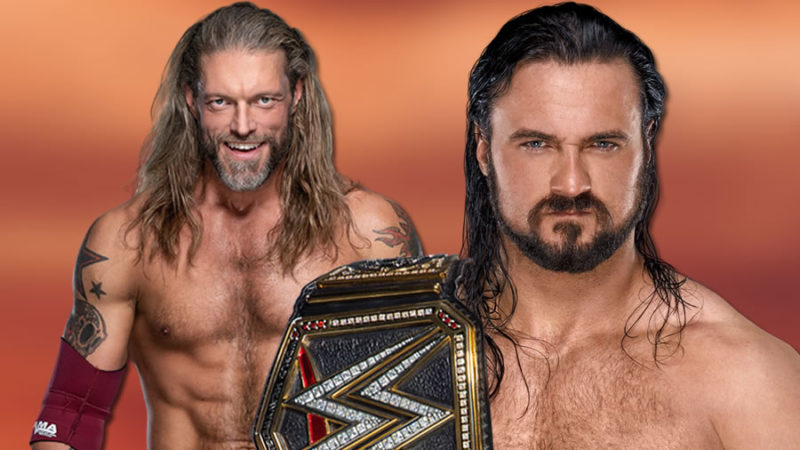 Edge vs. Drew McIntyre had been planned last year before Edge was injured, with Roman Reigns now appearing to be his WrestleMania title pick. On the latest episode of the “Nitty Gritty Dirt Show” on RussosBrand.com, host Billi Bhatti and former WWE writer Vince Russo, discussed how the original plan for WrestleMania 37 was for Edge to take on WWE Champion Drew McIntyre. Wrestling-Edge transcribed Bhatti’s comments below. Drew McIntyre recently revealed why his match with Goldberg was ‘limited’.

In other news regarding Drew McIntyre, the current WWE Champion discussed a failed, model persona that was proposed to him during a recent appearance on The Rich Eisen Show. McIntyre told the radio host the following.

“It had something to do with being a fricking male model. Yeah, I remember because I got told about it. I was about 26 at the time. ‘We got this great idea for ya Drew. You’re gonna be The Runway Man. You’re gonna come out on a runway. And you’re gonna model all the greatest underpants or whatever. That’s gonna be your gimmick because you’re this model character,’ and all my dreams just like crashed before my very eyes, but I couldn’t register it on my face because it’s WWE. It’s a huge opportunity.”

Credit to BroBible for the transcription.