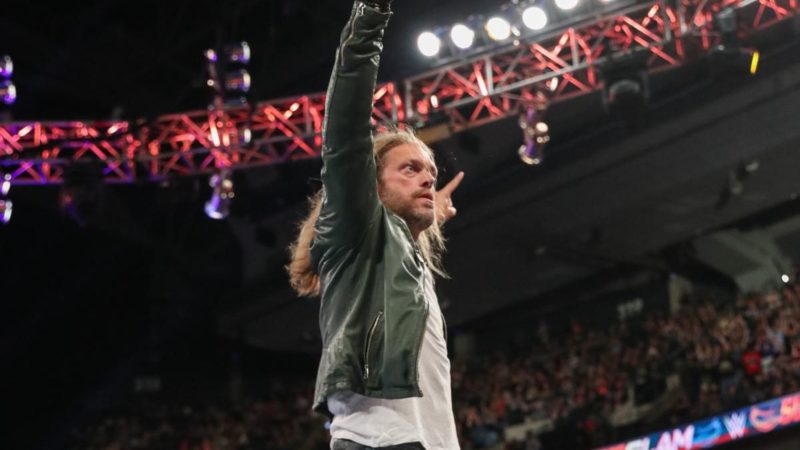 Former WWE Champion Edge was forced to retire from pro wrestling after persistent bouts of neck injury which ultimately led to cervical vertebral fusion. While there have been several rounds surrounding Edge’s return back into the ring, the rumours escalated after the Rated-R superstar successfully delivered a spear for the very first time since his retirement during the Summerslam pre-show.

According to Mike Johnson of PWInsider, the 46-year-old could make an astonishing return back to wrestling. Johnson claims that Edge has signed a new lucrative deal with the company while also adding that he was in Pittsburgh a few months ago, exactly where  WWE Wellness Policy head Dr Joseph Maroon resides. He added:

“I do.  We’ve heard that Edge signed a new deal with WWE that has a pretty nice upside.  We also reported a few months ago he was in Pittsburgh for WWE business and that’s where WWE Wellness Policy head Dr Joseph Maroon is headquartered.  My gut feeling is we’ll see Edge in the Royal Rumble as a surprise (as that seems like the perfect place to make a big splash with a return for Wrestlemania season) and possibly even see him do a few matches on major events.  I will point out that Edge has denied on social media that he’s doing anything, but the talk has persisted internally that he’s on the way back to the ring and I do believe there is something to it.  We will see if I am right soon enough.”