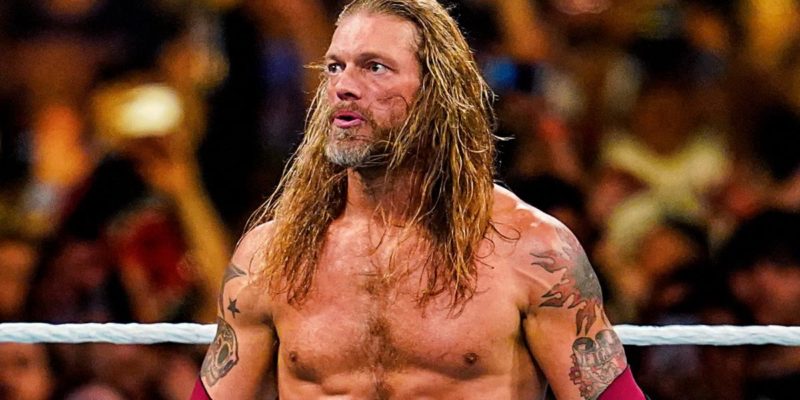 Edge will be squaring off against Randy Orton in a falls count anywhere match at WrestleMania 36. This will be his first singles match in almost a decade.

The WWE Hall Of Famer spoke to ESPN, where he revealed what moment made him realize that he could wrestle again. He was bike riding with Sheamus once but ended up crashing his bike on a mountain trail going around 20 miles per hour.

He received nasty cuts following the crash, but his neck was fine. This made him think he would be able to take bumps in a WWE ring again.

“It started dawning on me that this could be a possibility when Sheamus came to town, and we were filming an episode of his Celtic Warrior workout show. He wants to do different challenging things that he hasn’t done before, and I love to mountain bike. … In the process of doing that — this stupid competitive thing — I’m flying down a mountain, I hit this one jump, and I wiped out.”

“It’s a pretty gnarly wipeout. I was going probably 20, 25 mph, landed on these stones, rolled right up to my feet. But I’m fine. I was all cut up, but my neck was fine. Couple that with doing all of these fight scenes over the years on sets — some pretty physical stuff, especially with ‘Vikings’ — and I thought, ‘OK, I feel really good.’”

We will have to see how Edge will fare in his match against Randy Orton.