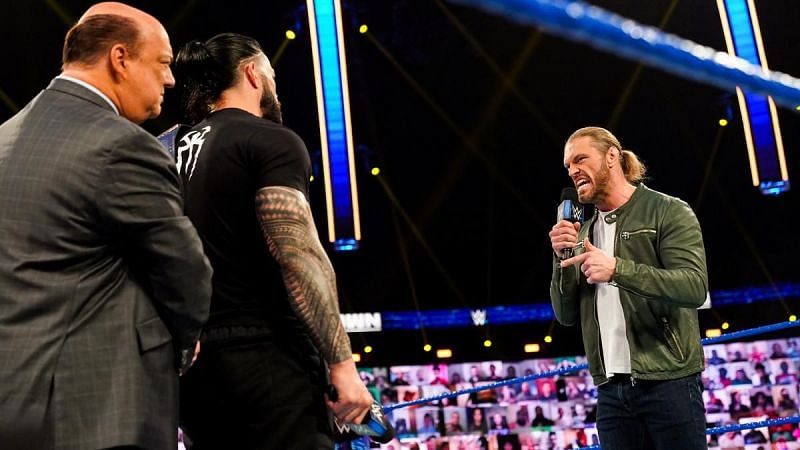 Edge or Roman Reigns (or Daniel Bryan if he wins at Fastlane, but who are we kidding?) appear to be in line to defend their WWE Universal Title after WrestleMania against Cesaro. Vince McMahon is ‘furious’ with an Edge WrestleMania spoiler.

Dave Meltzer reported on Wrestling Observer Radio that after plans for Cesaro to challenge Roman Reigns at Fastlane were scrapped, Cesaro is in line for a title program after WrestleMania on Smackdown.

He said, “I guess they’re saving Cesaro for after WrestleMania.”

Seth Rollins discussed his feud with Cesaro on Talking Smack.

“Look, look, look. I did not invite Cesaro. You got it a little mixed up. He interrupted me,” Rollins told Paul Heyman and Kayla Braxton. “After walking out on me two weeks ago when I was trying to give an address to the Superstars in our locker room, to tell them that SmackDown is about to get much better than it’s already been, he walked out on me. He stayed around to patronize me, mind you. Then he walked out on me.

“This week, he interrupts me. I try to offer him some guidance [and] some help because that’s what he needs to get to the next level. He cannot do this without me. Everything thing I touch turns to gold. I was trying to help out a friend, and that’s how he repays me.”