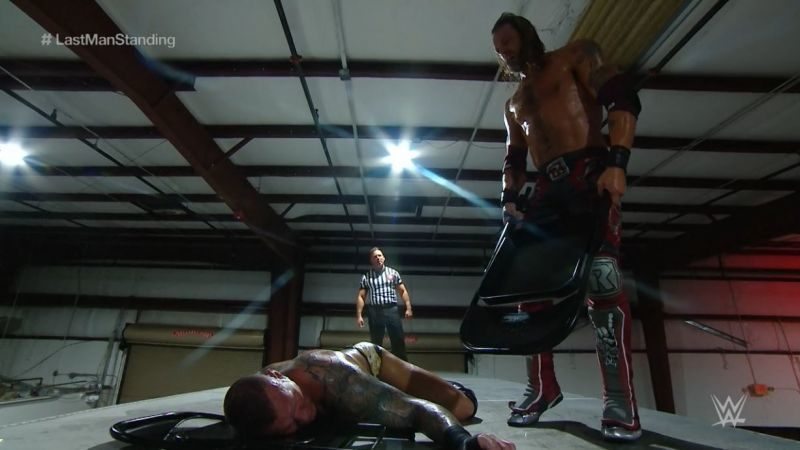 On night 2 of WrestleMania 36, Edge made his return to singles competition for the first time in almost 9 years, as ‘The Rated R-Superstar’ faced Randy Orton in a Last Man Standing Match.

Having made his return to WWE at this year’s Men’s Royal Rumble Match, Edge was eventually targeted by his former tag team partner Randy Orton, who made it pretty clear that he wasn’t too keen on a potential Rated RKO reunion.

With Edge eventually getting the better of Orton in a grueling bout at WrestleMania, the former WWE Champion took to social media in order to reflect on his emotional win, as he referred Orton as the most naturally talented person in the industry and claimed that he will always be proud of what he achieved under such strange circumstances.

Here is what Edge posted via his official Instagram handle:

So this was my Sunday. Actually it was filmed two weeks ago. So I’m officially out of self quarantine and back to being dad. After being Edge for WrestleMania 36. For the first time in a singles match in 9 years. Against, in my opinion, the most naturally talented person in the industry in @randyorton I will always be proud of what we accomplished with some strange circumstances. I have a feeling we haven’t seen the last of each other. And for that I’m strangely thankful. He pulled me to a 40 minute fight after being retired for 9 years. Wasn’t sure I had that in me. Now I know. He pushed me. For all of you, hopefully you watched WrestleMania and were able to get lost in it and try to forget about our current reality, even if only for a few hours. I’d also like to thank EVERYONE for the outpouring of positivity for the @wwe 24 documentary, The Second Mountain. Also, thank you to the ENTIRE team it took to support me and make all of this happen. I’ll get to you all on separate posts😉 It’s humbling. Lastly, stay safe everyone.

With Edge securing a huge win upon his return to in-ring action, it now will be interesting to note what plans WWE has next in store for ‘The Rated-R Superstar’ and which superstar will set his sights on the WWE Hall of Famer next.