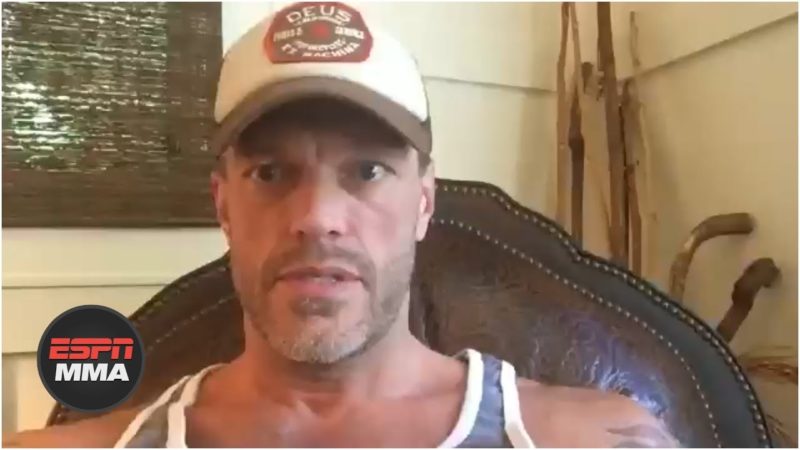 WWE legend Adam “Edge” Copeland has an interesting take on the criticism he has received for some of his matches since making his return to the ring at the beginning of this year.

“The Rated-R Superstar” appeared on the “Cheap Heat” podcast hosted by WWE Kickoff Show regular and radio personality Peter Rosenberg, and video of the entire interview was released via the official ESPN MMA YouTube channel on the U.S. Independence Day holiday.

During the discussion, Edge spoke about making his return inside the squared circle after a nearly ten-year hiatus when he made his surprise return as an entrant in the men’s Royal Rumble match at the WWE Royal Rumble 2020 pay-per-view back in January.

While talking about his WWE comeback with Rosenberg, Copeland also addressed the criticism he received for his lengthy “Last Man Standing” stipulation match at WrestleMania 36 in April, as well as the controversy that “The Greatest Wrestling Match Ever” promotional tagline received from wrestling fans leading into his most recent outing at the WWE Backlash 2020 show in June.

“If people wanna complain that my first match back I go 41 minutes — that’s your complaint,” questioned a perplexed Edge, before exclaiming, “I’m not supposed to be doing this!”

Copeland continued, elaborating on the statement by pointing out the severity of his neck injury that forced his unexpected retirement back in April of 2011, and comparing the intense dedication he has put into his work since his comeback to that of other returning legends who worked multiple high-profile matches that only lasted a few minutes.

“After nine years and a triple fusion in my neck, I went out there for 41 minutes,” Edge told Rosenberg. “People complained that Bill [Goldberg] and Brock [Lesnar] go out and do four [minutes] — so what is it? What do you want?

“I’m gonna to bust my ass and I’m going to try and give you the best product I possibly can, because I’m not gonna phone it in,” he said. “To me, that’s what WrestleMania was [and] that’s what Backlash was.”

It was at this point that Edge dropped the quotable bomb about Goldberg and Lesnar that went viral in the pro wrestling community, leading Rosenberg to promptly thank him for doing so at such an early point in their 43-plus minute discussion.

“I think if you total the time of my three matches, I’ve probably put in more time than both of those guys since they’ve been back,” he concluded.

Check out the complete “Cheap Heat” video podcast interview Peter Rosenberg had with Edge courtesy of the official ESPN MMA YouTube channel below, or at YouTube.com/ESPNMMA.