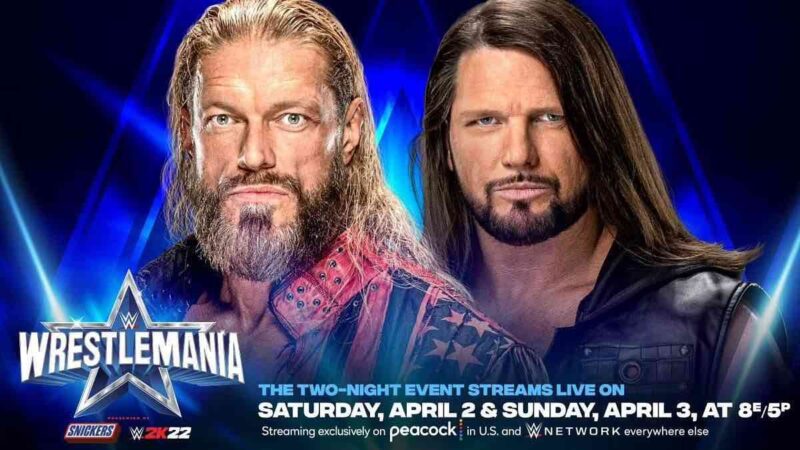 WrestleMania Sunday is just a few hours away. While fans are gearing for the marquee event, the gambling odds for night 2 of ‘The Show of Shows’ are in. Many fans take a look at the odds, which often are a very good indicator of what the final results of an event will be. BetOnline recently predicted a couple of title changes for the Sunday’ WrestleMania 38.

Fans who don’t want things spoiled are advised to not read any further. There is no guarantee that the odds are indicative of how the show will go, but usually, they are pretty close. The favorite is the wrestler with the lower number. The larger the gap, the larger that performer is favored.

WrestleMania Sunday is set to air on Peacock in the US and on the WWE Network everywhere else. The two-night event will take place at the AT& T Stadium in Arlington, Texas. The show will begin at 8 PM ET / 5 PM PT on Saturday, April 2. A kickoff show is set to begin at 7:00 PM.

During a recent edition of CNBC’s “Squawk On The Street.”, WWE President Nick Khan discussed WWE getting into the ever-popular NFT space. Credit to Benzinga for the below.

“Again, with the intellectual property we have, we think there’s a lot of ways to create collectibles that our fans and fans around the world may want,” he said. “We also announced a deal a few days ago with Fanatics, largely a merchandise deal, but also in the trading card space. Look for some NFT action there as well.”