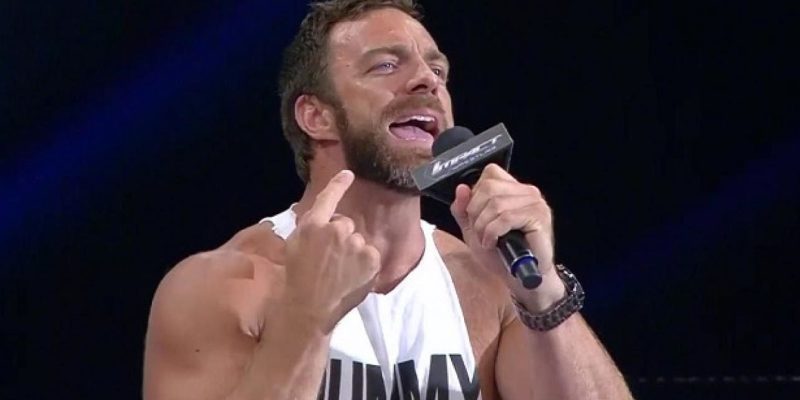 WWE already has a lot of talented superstars and they continue to sign more and more of them. Eli Drake had the opportunity of working with the company three years ago, but he turned them down as he got better payment from Impact Wrestling.

He is no longer working for Impact Wrestling and is working for the NWA now. During the Steve Austin Show, Drake said that he might have “annoyed the sh*t” out of WWE as he turned down their offer for three consecutive years. He also could have gone to AEW, but that did not end up happening.

“There’s been interest from WWE for the last three years, but I kept turning them down because IMPACT kept giving me raises. So I was just like… which maybe, in the long term might not have been the best move because your up-potential in WWE is so crazy and just the money people are making and the Saudi shows or whatever, and now with AEW and whatnot, people are starting to get more money out of that too. But you know, it was the point where it was like three years in a row, I kind of rang their bell and turned away and went somewhere else and I probably annoyed the sh*t out of ‘em at this point.”

“So I don’t know, and AEW, there was interest there. We had kind of a deal worked out, but then it ended up falling through and then I talked to Ring of Honor, I talked to NWA and the most appealing offer I had was NWA with Billy Corgan and David Lagana. So at this point, I feel like it’s got such a buzz. Obviously it’s brand new. Who knows where it’s gonna go, what it’s gonna do. It’s on YouTube now. I know a lot of people kind of look down at that, but at the same time you gotta look at — it’s accessible anywhere at anytime to everybody. Maybe that seems a little low-rent in some sense but I actually think it’s kind of Rock and Roll which is exactly what Billy is. He’s kind of always done things his way. As he says, he innovates in the space he’s given, and I think that’s the way to go and right now, I’m just loving what we’re doing in the NWA, whether that means I stay there and make that place the best place it could possibly be or somebody comes along with an offer. At the end of the day, I’m a businessman. I’m my own business, so, anything is possible. It all depends on what is on the table but at this point, my main focus is NWA because it’s hot.”

“It’s the only different thing to me that I see going in wrestling today. Everything else kind of resembles each other and we’re the one thing that looks very incredibly different and feels different and it’s very character-driven. That’s what I like. I wanna do character-driven stuff. That’s the whole reason I got in the business so, to me, it’s NWA at this point.”

Perhaps we might see Eli Drake in AEW or WWE someday. Till then, he is happy working for NWA.