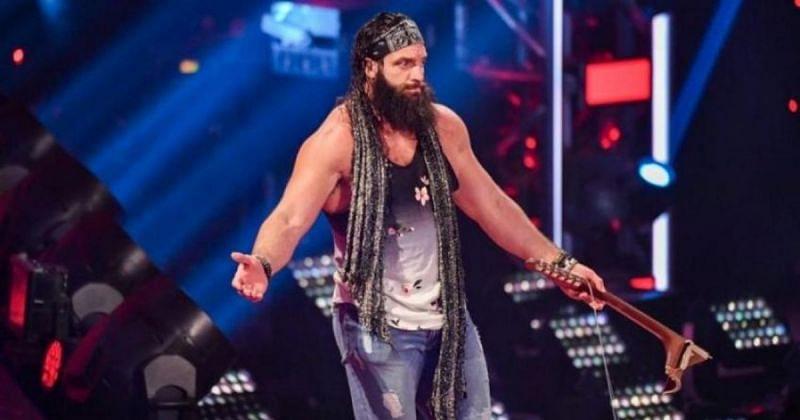 Elias returned to the ring two months ago, kicking off a feud with the legendary Jeff Hardy. During this program, the Troubadour also released his new EP Universal Truth. Interestingly enough, it had some pretty great success. At the time of its release, it peaked at No. 1 on the iTunes Soundtrack Chart.

During an appearance on Chasing Glory with Lilian Garcia, Elias revealed the significance of his first track, “Amen” and where he got the inspiration for it.

Thank you to everyone who made this possible. We made history last night in under 24 hours hitting the #1 spot in our category on @applemusic & @itunes.

This speaks to the power of Elias,and the power of the Universal Truth that everybody knows deep in their hearts. pic.twitter.com/1FSZj4GKBt

“Each song has its own story and meaning to me. Specifically, ‘Amen’ was a song I wrote about my experience in WWE for a bit. From a storyline perspective, they were killing me off of TV. Like literally, they had Baron Corbin knock me off a ledge, put a thing in my throat so I couldn’t sing. From that point, the songs just started coming to me. It was an incredible opportunity to put my music out there.”

Elias also delved into his early days in WWE, where he struggled to get on at NXT. Even when he joined the Black & Gold Brand, he was close to being released several times.

If you missed the news on Friday during #chasingglory #gloryfriday , proud to announce @IAmEliasWWE episode is releasing tomorrow!! Time to “Walk with Elias” so make sure to subscribe to Free version of @WWENetwork 🙌🏼 pic.twitter.com/01Ef2Lp0MC

“One thing I became very aware of when I got there was that the people who said ‘no’ at my tryout were now in charge of my job, and their minds didn’t change. Corey Graves can attest to this, but I was put on the fired list numerous times in NXT for whatever reason.”

Elias said that there was a point where the head of NXT at the time told him to come up with something, and if he couldn’t, he may not be cut out for WWE. In thirty days, he came up with The Drifter character, and that was all she wrote. Elias stated that he definitely has aspirations to capture the WWE or Universal Championship once he has the opportunity.