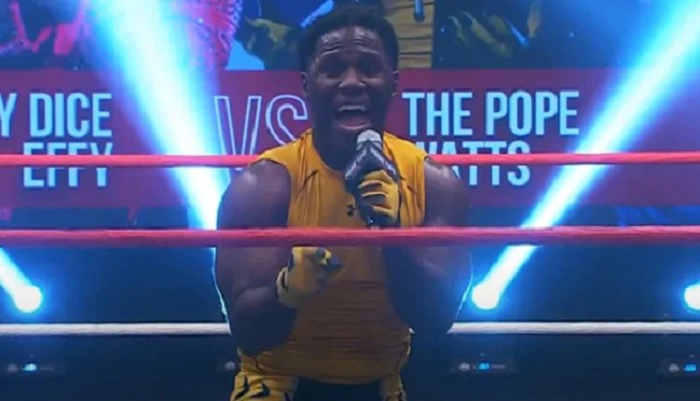 NWA Television Champion Elijah Burke recently spoke with WrestleZone at Mandatory.com for an interview where he talks about all things pro wrestling.

During the discussion, “Da Pope” spoke about his work with Eddie Kingston prior to him leaving the National Wrestling Alliance (NWA) for All Elite Wrestling (AEW), having his sights set on NWA World’s Heavyweight Champion Nick Aldis and the work he does with The Love-Alive Charity.

Featured below are some of the highlights, as well as a complete archive, of the new WrestleZone interview with NWA Television Champion “Da Pope” Elijah Burke.

On working with Eddie Kingston until he left for AEW, and how he is now eyeing a match against Nick Aldis:

“I was certainly really digging me and Eddie Kingston, and that’s was gonna lead to something as well. But I was certainly digging that. Now that Eddie Kingston is no longer with us, I certainly aim for Nick Aldis, and I’d certainly love to have a go around with him. Unfortunately, I think myself and Nick would be more better fit for it to be in front of a live audience. But I certainly look forward to jousting with him, I look forward to getting into the ring and going after the ‘Ten Pounds Of Gold’. Now that I got my taste of gold, I’m looking for more. Outside of Nick, we got a lot of great talented guys in the NWA, associated with the NWA, but Nick is certainly one of them that’s at the top, if not the top.”

“What we do here in Jacksonville, Florida and the surrounding counties that are in Jacksonville, we try to take care and provide for those in disadvantaged communities, and that’s basically what we’ve been about. Whether that’s the homeless whether that’s the women in battered shelters, whether that’s disadvantaged communities, whether it’s the kids going to school that are living in poverty—we try to go around and we try to enhance their living environment, their experience and whatnot. For those who are on the streets, we provide blankets to them, we provide hygiene products and even for those who are not, whether it’s the women standing out there in line—we see hundreds and hundreds. Right now, we have fed over 8-9 thousand and our next event is coming up on January 9, 2021 and I’m making a push now to try and get all involved who are willing to do so because my charity is a public-funded charity. We work off the donations of people like you who are willing to say here’s a couple of bucks. ‘Here’s ten dollars that I spend on the regular’ without even thinking about it. So that’s what we do and what I really love is that we operate and serve the community straight out of Burger King. So we don’t feed them no peanut butter and jelly sandwiches—of course, they’d be grateful for that—but my idea when I started this back in 2011, 2012, was to give back to them the things that we often take for granted.”