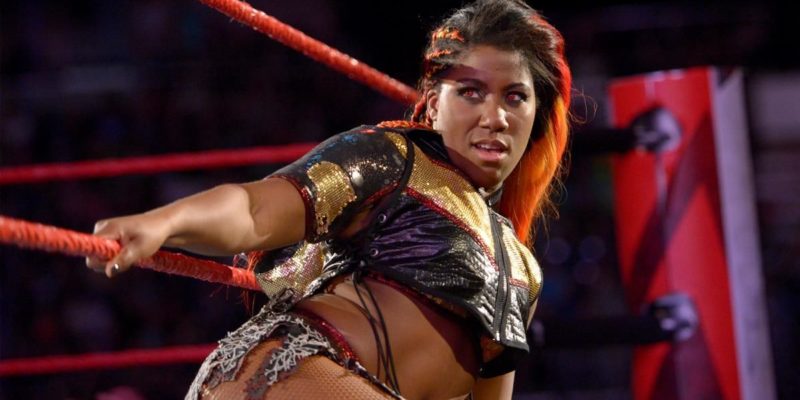 Ember Moon was one of the most anticipated stars to be signed by the WWE in the past few years. Her wrestling ability, unique look, and impressive finisher caught the eyes of the WWE Universe. Moon made her main roster debut on Raw after WrestleMania and has been an impressive force since.

On a recent episode of “Chasing Glory with Lilian Garcia” Moon spoke to the former ring announcer about her journey to the WWE.

Being bullied and dealing with suicidal thoughts:

I was maliciously bullied as a kid, which is why I’m such a huge advocate of Be a Star and I try to do as many as possible. I was bullied for being too small, growing up on the wrong side of town, liking video games, liking chess, everything that seems to be so cool now and seems to be accepted by the world – which I’m super ecstatic that it is, that’s what I was bullied for.

I don’t think I ever would have gone through with [suicide], but I was like, ‘Man, if I just wasn’t here, life would be better.’ God, I’ve never told anyone that. Like I said it, I’m a big advocate of Be a Star and this is for that reason, because without WWE at that time, I don’t know if I would have been able to endure that going through high school. I became such a big fan of WWE.

Not making her third WWE tryout because of her look:

I remember getting the phone call and they said, ‘It’s a no.’ I said, ‘Is there anything I did wrong?’ ‘Nah, it’s just a no.’ Beforehand, when I had gone to FCW, they were like, ‘Oh, you just don’t have a Diva look, you’re not a Diva. Yeah you’re cute, but look at them, look at you.’ It was a different time period and those girls were drop dead gorgeous, but at the same time I’m like, ‘Man if I would have gotten hired then, I wouldn’t be the person I am today, I wouldn’t be the athlete and the entertainer I am today,’ because once WWE gave me that third no, I basically was like, ‘Screw you, I’m going to make a name for myself on the Indies. I’m going to make you take me. I’m going to make you want me.

You can listen to this and all episodes of “Chasing Glory with Lilian Garcia” here.