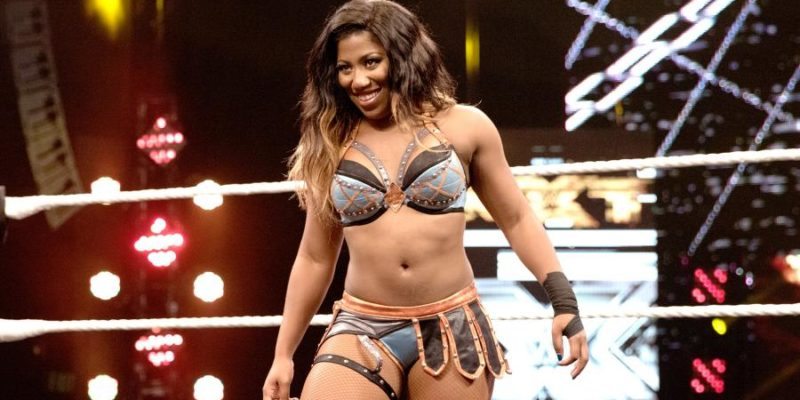 WWE NXT Superstar Ember Moon recently sat down for an interview with The Miami Herald to discuss her journey in the WWE. You can check out some highlights from the conversation here:

On working under Booker T:

“Booker ran his school something similar to what you would see at the [WWE] Performance Center. He has multiple rings. He has a gym. He has a track. Booker T helped me hone-in on the high-flying aspect of who I am. I also feel like Booker T also helped me become organized and encouraged me to branch out and try to become a bigger name on the indies, which is extremely hard in a sense and even harder for women.”

On struggling to get to WWE:

“When I was 18, I had my very first tryout for WWE. I had another tryout, when I was 19 and another tryout when I was 20. After that didn’t go the way I wanted it to, I decided I was going to make them want me, and that’s exactly what I did. I traveled all around the world and made a name for myself on the Indies. So when I tried out again and they saw all the experience that I had — eight years later seeing me for the fourth time — and they saw all the potential that I had, they saw something special in me.”

On her character’s Game Of Thrones influence:

“I became heavily influenced by Game of Thrones with the book. When the show came along, I was all about that life, too, but there is one character who I loved in the book, and his name was Patchface. He’s a minor character who popped up. He’s the jester, fool character, playmate for Stannis’s daughter [Shireen Baratheon] in the book, but the cool thing about him is that he always speaks in tongues, and he’s very witty and been known to prophesy. That’s one thing that I absolutely love, the whole prophesy thing, being destined for something, because I do believe that everyone has a destiny. As long as you’re willing to rise to that challenge, you can make anything happen.”