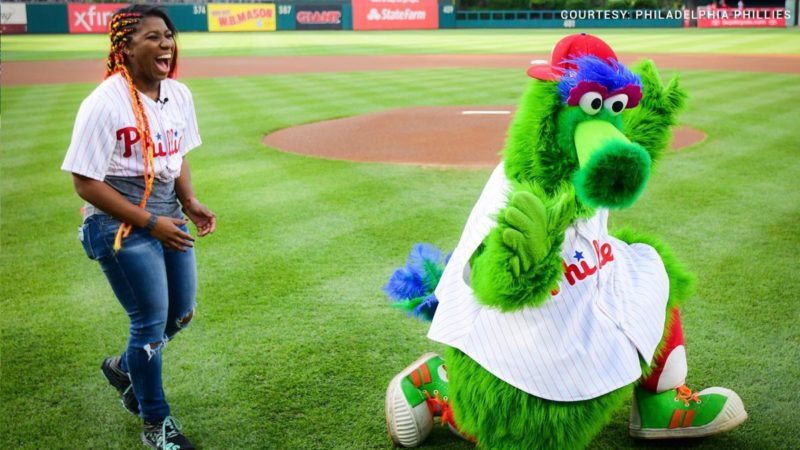 The WWE released a photo gallery which featured Ember Moon throwing out the first pitch at last night’s Phillies’ game. The Raw superstar can be seen interacting with their mascot, the Phillie Phanatic, as well.

.@WWEEmberMoon took to the field as she threw out the ceremonial first pitch for the @Phillies! https://t.co/bPcFHgh7JU

You can see the video of Moon’s pitch below. She came onto the field to The Ultimate Warrior’s theme song.

Her appearance didn’t seem to give the Phillies any luck, however, as the team fell to the Washington Nationals 17-7, with the Phillies giving up 7 home runs in the night.