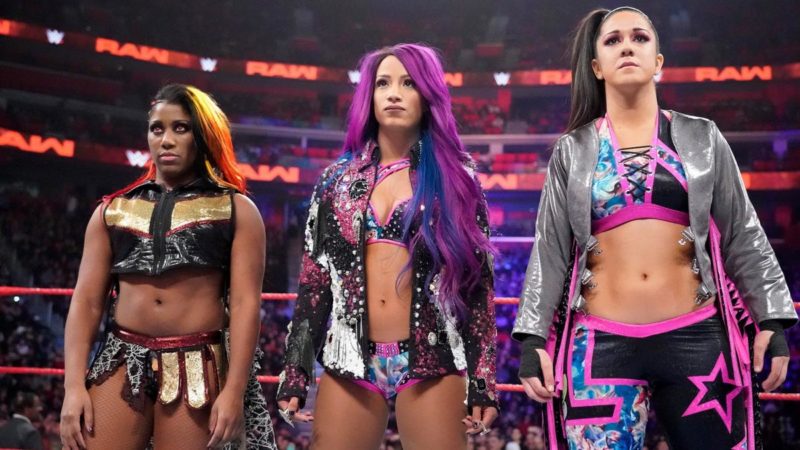 The Golden Role Models currently hold all of the WWE gold, which has the WWE Universe talking for sure. 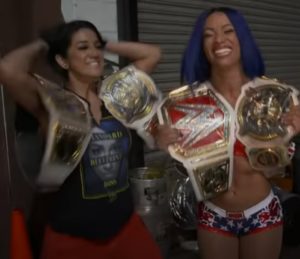 This week’s WWE Monday Night RAW saw Sasha Banks win the RAW Women’s Championship with her victory over Asuka and become a double champion in her own right. While the victory was controversial due to the circumstances of her competitor’s count-out loss, the victory resulted in The Golden Role Models currently holding all of the main roster titles available to them.

Former NXT Women’s Champion, Ember Moon, took to Twitch yesterday stating while Bayley Dos Straps and Sasha Two- Belts Banks have done a great job with a limited roster, she believes “there are too many people sitting at home to tie up all the titles with two people.”

Moon, currently sidelined with an Achilles injury, admits that means she is not aware or a part of backstage discussions or creative plans for the future. She also admits she’s reacting as Asuka’s friend, and as a fan – and that as a fan she likes it when wrestling makes her mad.

The War Goddess shared her thoughts on Twitch yesterday: “Why do we need two double champions? So, is SummerSlam gonna be low key Evolution? Are Sasha and Bayley gonna wrestle for their singles titles and then also wrestle for the tag titles? Is that a thing? Are we just living this Triple H [& Steve Austin, Two Man Power Trip] from 2001? Is that what we’re reliving here?”

Moon did give props to the current reigning superstars at the end of her statement by saying, “And so, I was just kind of like upset. The match was superb and I will give credit where credit is due, the match was superb.”