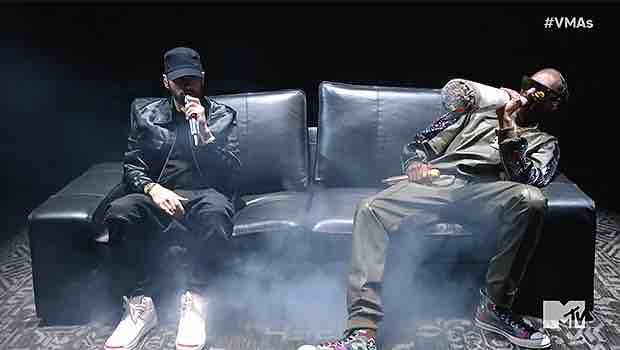 Jesse Wellens has just come forward about a video that he was going to do for Eminem and Snoop Dogg at one point. Jesse was one of the first to capitalize on controversial video content. Wellens sat down with Roman Atwood and revealed that two of his attempts to shoot a music video for a big star had failed. Something went wrong with Madonna, and something didn’t go right with Eminem.

He said: “I was supposed to do that Eminem x Snoop video. I don’t know if you saw that song, they did a record together. That one fell through though unfortunately. I was close! I talked to Eminem on the phone! It was crazy, really. We talked about the Secret Service. He’s like, “Yeah, they showed up to me too”. I was like, I’m talking to Eminem, this is crazy! He said some shit too and then he said the Secret Service pulled up on him.”

As he goes on, he talks about how he had a vision for an Eminem video that would have been very hard to push in 2022.

He continues: “So I pitched him this idea for the video because I’m like pushing the limit, and I’m like, oh, I got Eminem, now this is going big! And I was like, “Eminem, I want you to cancel cancel culture”. And he’s, “I’m not touching it”. I was like, “Bro, there’s only one person that can cancel cancel culture and it’s you”. He’s like, “I’m not doing it”. This video was so epic. I wrote the treatment. It was basically like he’s this Slim Shady character, like the Jason with the hockey mask and the chainsaw, and he busts into a cabin, and it’s a bunch of tiktokers and people of this type, you know.”

One thing would stop Eminem from going forward with the video, and it’s not what you think it would be. It’s shocking.

He goes forward: “Vaping, TikTok dancing, ring lights, all this stereotypical shit, everyone’s on their phone. [He] busts into that with a chainsaw, cuts off someone’s arm, they’re spraying blood and like you know all the tick tock people are like, oh shit! And then he grabs his severed arm that’s holding his phone and starts filling himself. And he’s like, yo, look at that shit! He’s like into it because it’s content. And he just starts doing his murdering TikTok people in this. I know it’s dark. But they’re not scared of him, they all think it’s content.”

He would then close admitting that Eminem did not want to go against cancel culture: “And they love it and they’re filming it. I think of it like an old-school Jason horror film, that’s the way I wanted to shoot it. Eventually, the story progresses and then they’re like, “You know what, this music video has gone too far. Cancel Eminem”. They’re trying to cancel him inside the video. So it’d be very meta! But he wasn’t into it. I mean, I get it though, people are scared of the cancel culture. It’s serious.”