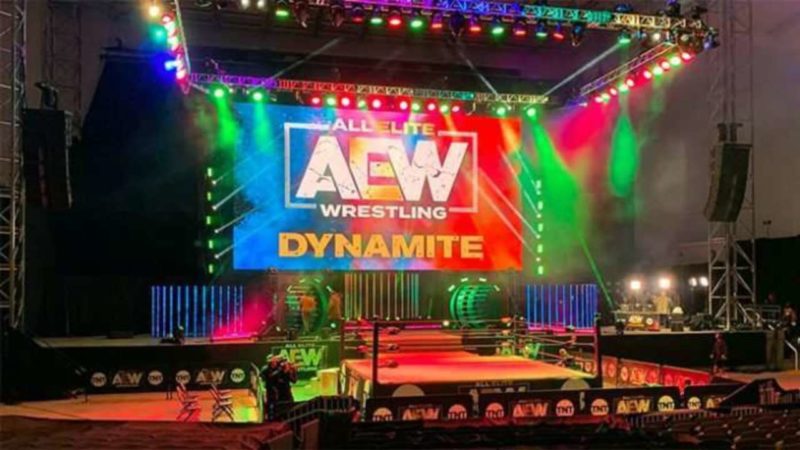 All Elite Wrestling announced an 8-man tournament in order to determine the #1 Contender for the AEW World Championship. The finals will be taking place at AEW Full Gear on November 7th. Earlier the brackets for the tournament were not known but on this week’s AEW Dynamite, the brackets were revealed.

The remaining two wrestlers to fill in the spots were Joey Janela and Penta. Now the tournament comprises of wrestlers such as Kenny Omega, Fenix, Hangman Page, Wardlow, Jungle Boy, and Colt Cabana.

Next week the quarter-finals for the tournament will be taking place. Kenny Omega and Hangman are on opposite brackets while Fenix and Penta will be facing each other.

Fans will certainly look forward to the matches as they promise to be solid ones. 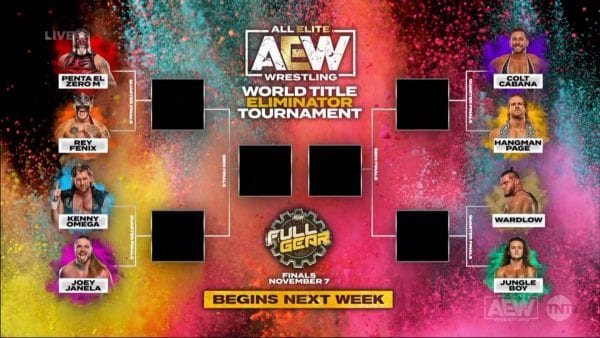