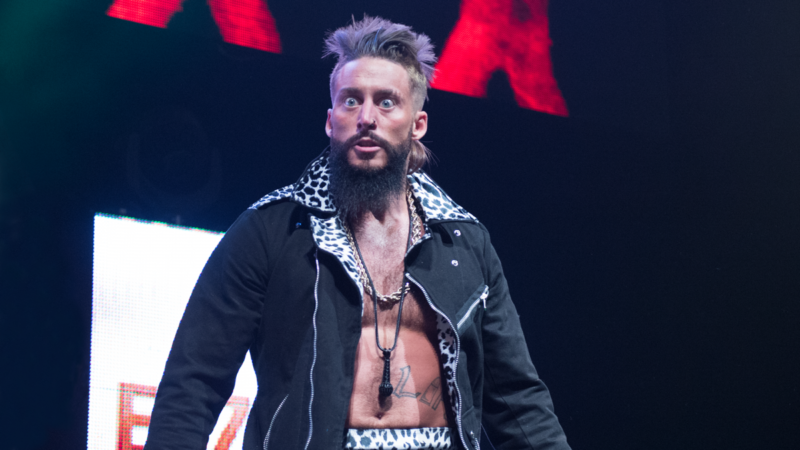 WWE Superstar Enzo Amore recently spoke to Marvel to promote this weekend’s SummerSlam pay-per-view (PPV) event. You can check out some highlights here:

Marvel.com: What are you and Cass going to bring to SummerSlam against Jericho and Kevin Owens?

Enzo Amore: We are going to bring the hometown heat. I have yet to be up in the Tri-State area as a pro in this business on the WWE main roster. It will be me and Big Cass’s first time together. Big Cass had the opportunity in New Jersey in Newark at the Prudential Center to get out there in front of the crowd. I was coming back from injury so I wasn’t there that day. So this will be the first hometown crowd that me and Big Cass get to get out there in front of and the fact that it is SummerSlam in the Barclays Center in Brooklyn, New York, is just mind-blowing to me; it’s humbling, it’s just an experience in and of itself and the fact that you’re stepping in there with a guy like Jericho who you’ve looked up to at some points in your career, growing up as a kid, loved him. Then a guy like Kevin Owens who’s been around the world his whole career as well. You know, when your idols become your rivals and when you step in the ring with guys who mean business, that’s [when the magic] happens and unfortunately for these guys, I could pull a rabbit out of the hat and Big Cass, you know, he’s gonna pull a Louisville Slugger out of his trunk so [Laughs] at the end of the day, we’re out here trying to hit a home run.

Marvel.com: What’s the experience of being on the main roster and being drafted to Raw been like?

Enzo Amore: Oh, it’s crazy man. Draft Day was one of the wildest days I’ve had in my four-year tenure here at the WWE. Obviously I spend a lot of time in [NXT]. Only been up here in the WWE since the night after WrestleMania, but that Draft Day, you literally watched some guys you would consider your comrades or the guys you would consider your enemies go their separate ways. And literally they get in the car and you just don’t see that guy [Laughs], you know, for the foreseeable future. Some of these guys are guys you drove in cars with, some of your best buddies you hit the gym with and the fact that, there’s literally a brand extension where we are not going to see each other anymore, this might be your roommate or somebody you got to know real well like—me and Big Cass fortunately staying on the same side, Monday Night Raw, but I’ve lost some good buddies to SmackDown and vice versa. I just look at it as a competition and when they drafted us to Monday Night Raw, it instantly became the best show on television.

Marvel.com: Anything else you want to say before we finish up?

Enzo Amore: Yeah man, you know SummerSlam is the first time me and Big Cass come together in New York City since last year in the Barclays Center in Brooklyn. This time, it’s our main roster debut in New York and in front of that hometown crowd—my 86-year-old grandmother will be in the front row. My mother, my father, my sister, my brother. Likewise with Big Cass, you know? So it’s a reunion of sorts for a lot of people that we grew up with and who have been able to watch us and the things that we’ve been doing on TV lately, but live in the flesh, there’s nothing like it.