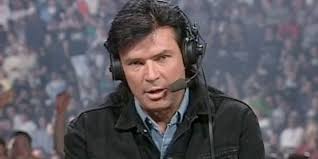 Eric Bischoff on his 83 Weeks podcast revealed talks of Vader having to drop the WCW world heavyweight title to a certain wrestler. In 1993, European wrestlers began growing and were in high demand. So, Bischoff said WCW needed to prepare itself to be able to capitalize on the rising European market.

He said Germany and UK were seeing the most growth in wrestling. But wrestling was more popular in the UK. So,  due to that, consideration was given to giving British Bulldog a run with the title.