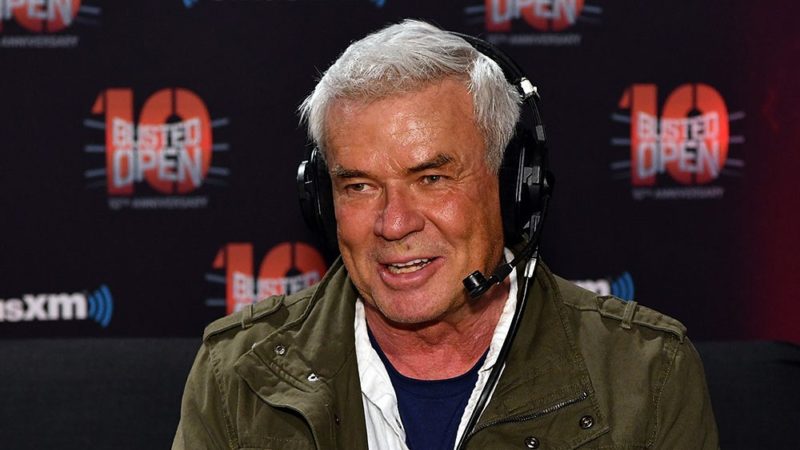 Eric Bischoff was alarmingly relieved off his duties as the Executive Director of SmackDown in October, after only being offered the role a few months back. The WCW mega power spoke with Pancakes and Powerslams where he discussed his life after his exit from the WWE and much more.

Bischoff revealed that he has only left Stamford just now while adding that he is spending some quality time with the family. He said:

“My wife and I left Stamford around 10 days ago,” Bischoff said. “So we’re visiting our son and his wife for Thanksgiving in Clearwater, Florida. We’re going to be there until sometime around the middle of January, and then I’ll be working my way back to Wyoming, taking the long way around going through the Southwestern part of the United States and seeing the sights; as well as visiting friends and family.

I’ve got a project coming up with Netflix in February – the Hulk Hogan movie – so I’ll hopefully be getting busy with that soon. I’m taking it one day at a time.”

“I wasn’t really watching the NXT roster too closely,” Bischoff explained. “There were certain talents like Chad Gable, I really dug him as a person and professional. I love Randy Orton’s work, I didn’t get a chance to work with him, but I really admire his work. He’s flawless as a performer and I would have liked to work with him.”

“There were others I was hoping to get a chance to work with, that I didn’t. Sheamus was another character that I would have liked to have gotten my hands on, there’s a lot of great talent there.”