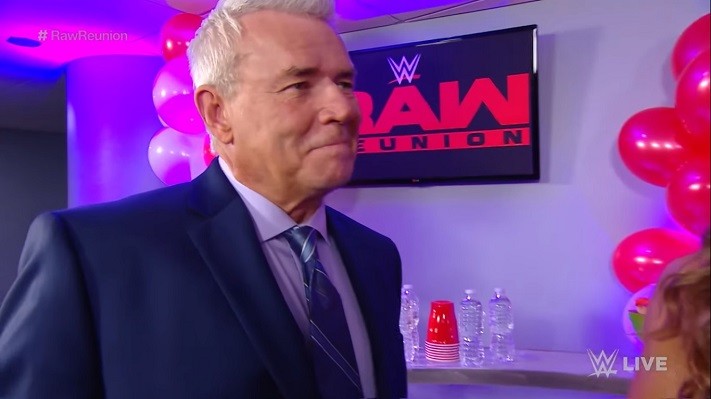 Eric Bischoff was hired by WWE as the Executive Director of SmackDown live. However, he would leave the company in less than four months. He was able to see a few superstars during his time with WWE.

Bischoff spoke to Pancakes and Powerslams, where he revealed which WWE superstars impressed him during his recent sting in WWE. Here is what he said:

“There were certain talents like Chad Gable, I really dug him as a person and professional. I love Randy Orton’s work, I didn’t get a chance to work with him, but I really admire his work. He’s flawless as a performer and I would have liked to work with him.”

Bischoff was not brought into WWE for a role in WWE creative. He also said that Sheamus has “a lot of great talent,” but Sheamus was not in the company when Bischoff was still there.