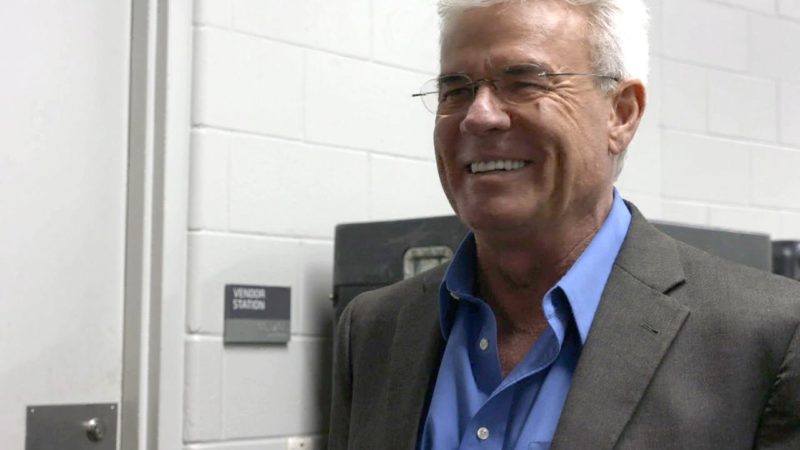 Eric Bischoff is a certified legend in the pro-wrestling business for both good and bad reasons. The Bisch still continues to be an influential figure in the business and has quite the star-power attached to his name and likeness.

Bischoff’s career has spanned multiple decades and he has been credited for bringing in numerous new and innovative ideas to the squared circle. Many believed that Bischoff is also responsible for creating the Elimination Chamber match but that cannot be far from the truth, according to Bischoff himself.

After a fan pointed out that Bischoff is actually the creator of the Elimination Chamber and not Triple H, the former boss of WCW went out of his way to correct the fan.

Bischoff revealed that Triple H was indeed the man behind the creation of Elimination Chamber and he was merely given the credit on-screen since he was the GM of RAW at the time.

Sorry Hayley. That was all @TripleH from what I’ve been told. I was scripted to take credit for it as GM of Raw. https://t.co/81yatYCoOz

It is commendable that Bischoff went out of his way to give credit where it was due. What happens in the creative meetings behind the scenes is not always accessible to the regular fan. However, these little things prove that the men and women who contribute to the sustenance of this business have immense mutual respect between them.