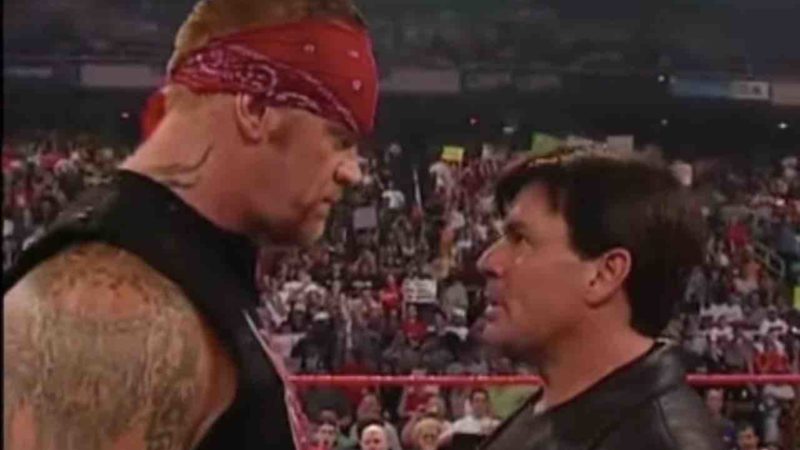 On the latest episode of “After 83 Weeks” w/ Christy Olson on YouTube, former WCW Executive Eric Bischoff was asked by a fan if WCW ever had any serious negotiations with The Undertaker. Wrestling-Edge transcribed Bischoff’s comments below.

Bischoff: No, never had a conversation with him. Everybody that knew Undertaker that worked with me in WCW – I mean, he would never even of had considered it. He was so loyal to Vince [McMahon]. I respect the hell out of him for that by the way. Of all the things that I respect The Undertaker for as a performer and a professional it is his loyalty that I hold in the highest regard.

In other news concerning Eric Bischoff, the former RAW General Manager described how that if it wasn’t for the Monday Night Wars, and in particularly WCW Monday Nitro, WWE wouldn’t be the mega juggernaut that they are today. Speaking to members of the AdFreeShow community Bischoff said the following. Credit to WrestlingNews.co for this transcription.

“Absolutely not. I’m going to say something that so many people when they hear about me saying this are going to disagree with it. But guess what? I don’t give a f**k, If it wasn’t for WCW, if it wasn’t for Nitro, if it wasn’t for the success of Nitro in ‘96, ‘97 and ‘98, the WWE wouldn’t exist today. The WWE was on a serious downward trend with no reason to believe at all that anything was going to turn around because it would have required Vince McMahon to completely shift the way he did creative, which he did starting in late ‘97.

Bischoff continued: “But it took Nitro to show him the way. Had Nitro never been there, had WCW never been there, WWE would have atrophied and would have gotten smaller and smaller and smaller and eventually would have been gone. The reason WWE became so popular, not only during the Monday Night Wars, but afterwards and the reason why WWE has been able to attract massive licensing fees that they are attracting for their television product right now, is because of the success that was created by WCW and WWE in the late ‘90s and the early 2000’s.”