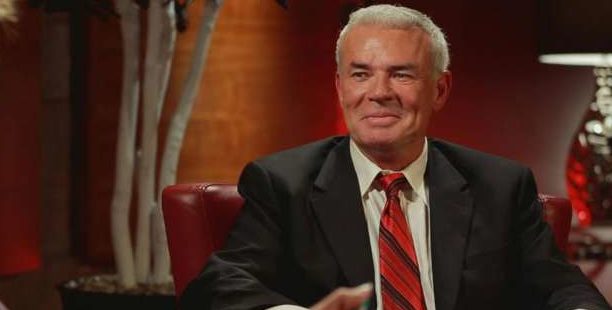 Eric Bischoff would discuss the brutal rivalry between Mick Foley and Vader on his 83 Weeks podcast. Mick Foley would wrestle Vader in a crazy match on WCW Saturday night in 1993. Eric noted how there was genuine concern that foley injured himself in the match.

“Obviously I remember it because of its intensity, and you are right, there were people that were justifiably concerned that Cactus Jack was hurt badly. We knew that he was hurt, but there is a difference between being hurt and being hurt badly. There was a few moments of concern about that, and look, it wasn’t my kind of match,” Bischoff said. “I recognized it for its brutality, but even back then–this was long before I ever really thought about creative, I really didn’t think of creative, I was only focused more on what I was hired to be focused on and I didn’t know anything about laying matches or storylines, it was just never in my wheelhouse, so I knew what I liked and what I didn’t like, and to me that went too far.”

Bischoff noted how Vader would push his limits, that made Mick do the same as well. He cited Mick pushing himself too much as one of the reasons for his leaving WCW.

“Part of that was Mick Foley loved that type of actions, which was one of the reasons why he left WCW because it was one of the areas Mick and I disagreed on and he ended up leaving. Mick Foley liked those kinds of matches. He loved the brutal, dangerous, almost death-defying matches,” Bischoff said. “He would hurt himself regularly. He got to the point where he would put himself in situations where he was putting himself in great risk and putting the company in great risk in the long run. This match was the beginning of that evolution of Mick Foley. He loved those kind of matches and Vader was an opponent that could certainly facilitate it.”