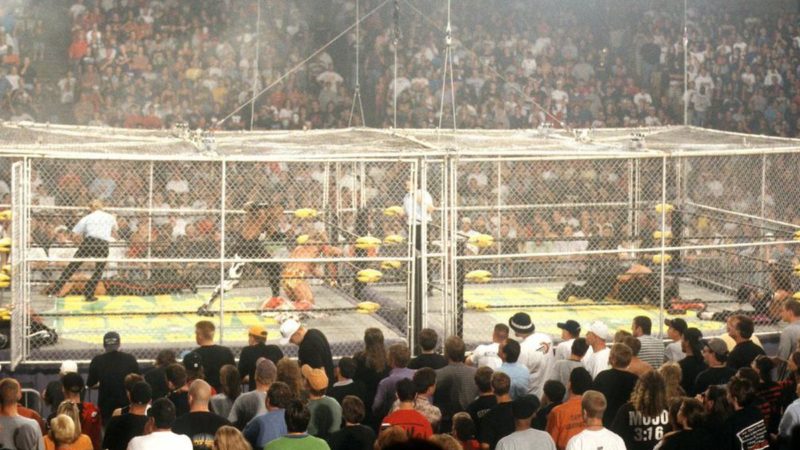 Former WCW President Eric Bischoff recently discussed exactly why he ‘doesn’t like’ the WarGames concept that ran in the NWA/WCW. Bischoff made the following comments on his 83 Weeks podcast this week:

“I didn’t really like the concept…Well, let me be clear. Sometimes I talk faster than I should! It’s not that I didn’t like the concept, the conceit, the idea, the ideation, if you will of WarGames. It was kind of cool, it kind of makes sense.”

“You pointed out (co-host Conrad Thompson) for example the Royal Rumble, and how that became a tentpole event for WWE. I think one of the reasons for it is because of the outcome of Royal Rumble sets the stage of what’s going to happen for the next six or eight months. Theoretically it used to, more so than it does today.”

“Wargames didn’t have that element” Bischoff continued. “It was a spectacle. It was different, it was very unique in its own way. But that alone I don’t think made WarGames really that viable. And since it wasn’t the pay per view (Fall Brawl) that kind of helped set the tone for what was going to come? It was really, I hate to say it, it was…it was just another pay per view.”