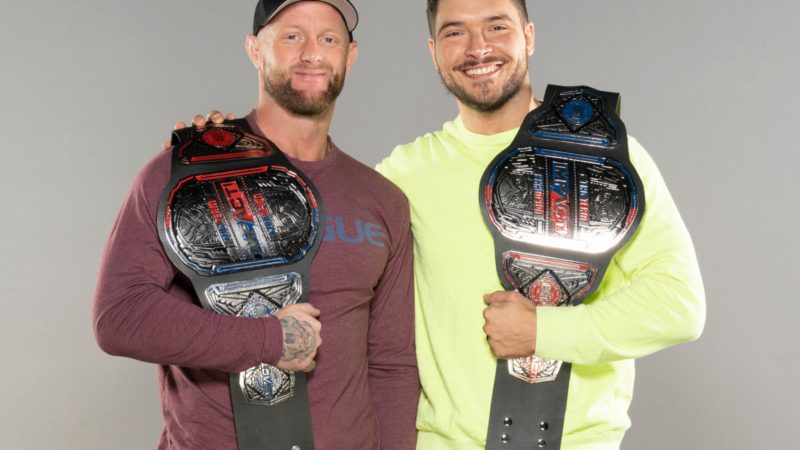 The North managed to not only keep IMPACT Wrestling’s tag division alive after LAX departed in 2019. Josh Alexander and Ethan Page helped revitalize it, putting on many top-quality tag matches during their IMPACT Wrestling Tag Team Title reigns.


However, it seems that this chapter has been closed on The North. Josh Alexander teased yesterday that he was looking to step-up as a singles competitor. Claiming that he’d “never tag out again” he posted a new video to hype this transition.

The #WalkingWeapon isn't tagging out ever again.

Ethan Page, who had been teasing his departure from the company for several months, also made an announcement yesterday. All Ethan Page merchandise is set to be removed from his website tonight. He’ll be hosting a stream on Twitch to commemorate the event at 8 PM EST.

Win an Ethan Page T-shirt for as low as $1 per raffle entry!

Start the year off with a laugh & a live chat!

See you all tonight on @twitch ! pic.twitter.com/TXkjBcXVUP

The North began to fall apart once they lost the titles a second time, and Page has since begun transitioning into his alter-ego “Karate Man.” Josh Alexander has been furious with Page as of late, leading to this on-screen split.

No one knows what lies in store for Page yet now that he’s a free agent. However, pulling merch in this way tends to be a sign that performers are heading to WWE. It was reported that he’d talked to them, as well as MLW and AEW earlier this summer.

Where would you like to see “All-Ego” Ethan Page in 2021? Let us know in the comments below, and be sure to check out Page’s stream later tonight.