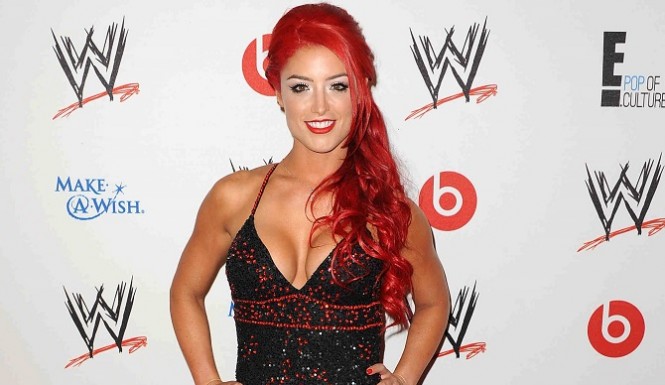 Crave Online got the chance to speak with Eva Marie on her career in the WWE, her appearance on the reality show Total Divas, and about her charity work off screen. Here are some highlights from the interview.

When asked about whether she could become the face of the Diva’s Division:

“Absolutely! 100 percent without a doubt. That’s the plan.”

On what the best thing about being a Diva was:

“Everything. Not only do I get to go out there and wrestle and entertain but also it’s everything beyond that. Wrestling is maybe 10 percent of our job. Everything else is what we do outside the ring and that’s really rewarding. I got to go to Afghanistan to visit the troops, work with Special Olympics,  it’s just one of those jobs that’s once in a lifetime and we’re lucky to do it.”

What her ultimate goal is while working in WWE:

“I want to be able to bring the WWE Universe with me wherever I go and with whatever I am doing. I want to bring them on this journey just like how they’ve been following me on the last six months through me training and progressing in the ring and  and now it’s walk with me to my first match. That was another little step and I want to continue to do that and bring them with me throughout everything, which is a lot of different things and different avenues and really integrate WWE with mainstream as well as be a positive role model and let them know that if you dream something you can definitely achieve it as long as you’re willing to put in the hard work and don’t let other people get in your way.”