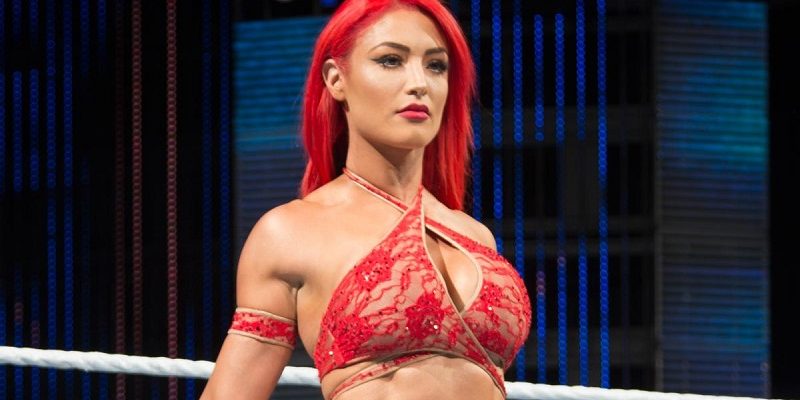 Eva Marie took Twitter today to announce her departure from WWE. In the post, Eva Marie wrote the following “Today I’m saying a bittersweet goodbye to WWE. Thanks to the entire team, and YOU, my fans, for these 4 years! #AllRedEverythingForever”.

Today I'm saying a bittersweet goodbye to @WWE. Thanks to the entire team, and YOU, my fans, for these 4 years! #AllRedEverythingForever ❤️ pic.twitter.com/1YlYbAqdZ2

Eva Marie has not been seen in WWE since last August. Eva violated WWE’s Talent & Wellness Policy and was suspended for 30 days back on August 17th, 2016. Eva made the following statement to Pro Wrestling Sheet about her suspension:

“I am disappointed that this suspension has occurred, yet understand and respect that WWE upholds their Wellness Policy to the letter and won’t compromise on its integrity … I violated policy by not turning in portions of required paperwork in the time frame WWE Medical deemed timely. I look forward to my return! Thank you for your support.”

Eva was drafted to SmackDown and was in the middle of a storyline in which she would always have a wardrobe malfunction or fake an injury before a match. This would result in the match never taking place.