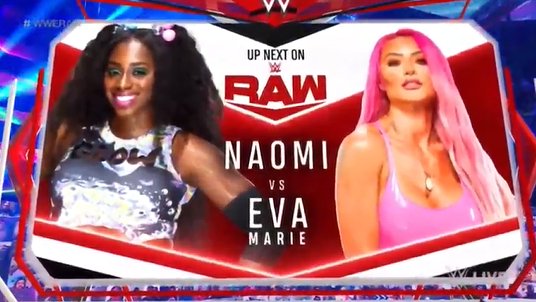 Tonight’s edition of WWE Monday Night Raw saw the return of infamous Raw star, Eva Marie – or did it? Marie was scheduled to face former WWE Smackdown Women’s Champion, Naomi in what would have been Eva Marie’s return match to the company. While she did make her on-screen return to WWE programming, she did not see a single second of action. Eva Marie was spotted with this WCW legend not too long ago.

The reason for this being that Eva Marie was accompanied to the ring by a unnamed female figure who took her place and won the match in a matter of mere moments on the behalf of the notorious WWE female star. While, the female figure went unnamed, the individual can be easily identified as Piper Niven who has competed in WWE in the past – both in the 2017 Mae Young Classic where she made it to the third round before being defeated by Toni Storm and as a member of NXT UK. WrestlingInc.com owner Raj Giri tweeted the reasoning behind Marie not wrestling, “WWE wanted to get a bunch of heel heat on Eva Marie, and it appears to have worked #WWERaw.”