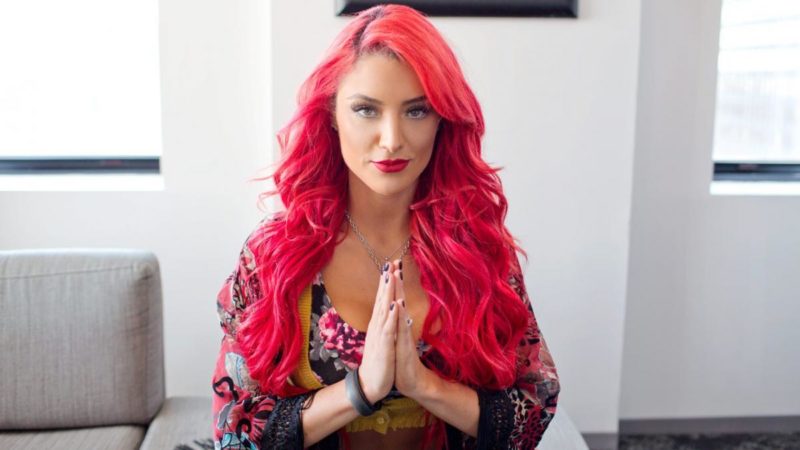 Former WWE Superstar, Eva Marie has not been seen in a WWE ring since 2017. One of those infamous moments from her last run included her being billed in a match and then suddenly back out of it. However, some members of the WWE Universe has been wondering when Eva Marie would, if ever, return to the squared circle. However, it appears that the WWE Universe don’t have to wait too long for an Eva Marie return. As firstly, she took to social media via Instagram to showcase this insane training routine where she is doing countless exercises in some hot and sweaty workout clothes. Eva Marie recently appeared backstage at WWE Raw.

Secondly, as shown during tonight’s edition of WWE Monday Night Raw, a vignette aired for Eva Marie and her re-re-return to WWE programming. You can view the vignette below and Wrestling-Edge transcribed her remarks from the hype package.

“Do I have your attention now? I’ve been thinking about where I’ve been and where I am going. Do I have your attention now? Good. You know, on the road of life there are twist and turns. But, I’ve always wanted to be the one in control of my own life and the independence that comes with it. Part of that is giving back. Now I’ve got your attention. I want to be someone that others look up to. I want to influence others to follow through with their own ambitions – like I did. So, I’m back where my journey started. This is Eva-lution.