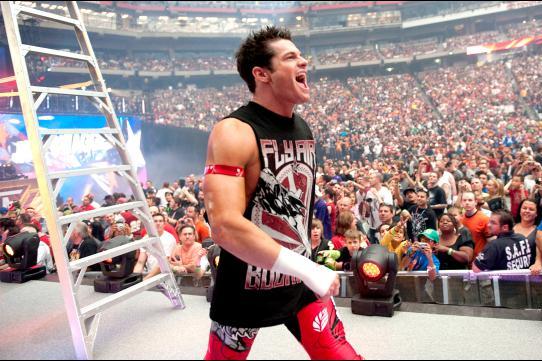 – Former WWE Superstar Evan Bourne (Matt Sydal) recently did a Q&A with Aaron Oster of The Baltimore Sun’s Ring Posts blog. The full Q&A is at this link. Below are a few highlights:

The past six months and returning to ROH after his WWE departure:
It’s been a real rush actually. Some of the coolest things about coming back are seeing all my old friends that I used to hang with all the time before I was hired by WWE. It’s great being in Ring of Honor and getting to work with those guys, like the Briscoes, and getting to wrestle guys for the first time, like Jay Lethal. These guys are world class wrestlers that I get to work with.

Does he think ROH could compete with WWE if they got a big cable deal:
It’s not about competing, it’s about putting on a product that people enjoy, and fostering love for this wrestling art that we all do. If anything, it would probably boost WWE’s numbers because wrestling ebbs and flows together. So if somebody comes in and lights a spark in wrestling, which is what Ring of Honor does, then we light a fire for the entire industry. Wrestling has the ability to get red-hot again at a moment’s notice. Ring of Honor could be the coal that gets that done.

Samoa Joe returning to ROH:
That is so huge. There’s not a lot that makes me grab my phone and start texting out text messages, but that was an announcement that made me. Samoa Joe is a legend. He’s been a legend in my book since I started and having someone like him come back to Ring of Honor, a place that he helped build and give life to, is going to be an unbelievable asset. He’s going to keep lighting that fire, and keeps raising the bar for everyone.

Being in “wrestling purgatory” for the last two years of his WWE run:
Forget wrestling purgatory, I was in life purgatory. One of the hardest things, as someone who has based his entire life on being an agile athlete, was to be literally stuck on a couch for two years. Going from ninja-like agility to unable to walk up the stairs for 18 months. It was very much a trial of my will and forced me to adapt to a whole different life that I never experienced. I wasn’t traveling on the road. I wasn’t wrestling. That’s something I hadn’t done since I was 17 years old. It’s hard to change your trajectory in life, and very rarely do you get the chance to sit back and think about where you’ve been and where you want to go. That’s what I was able to do. Being injured physically reminded me that your body is a temporary vessel. However, you have many things that can last a lot longer, like your mind. If you exercise your mind as much as your body, you’re going to get a lot more mileage out of everything. I was able to gain certain valuable insight that I was able to use to become the best wrestler I’ve ever been.